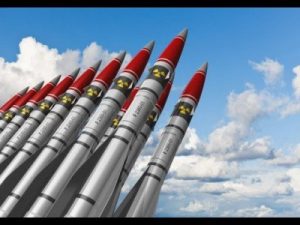 The B61-12 Life Extension Program is a consolidated process for the replacement of nuclear and non-nuclear parts, such as detonator cables, to extend the life of this weapon for 20 years.  During this phase, the program involves designing new parts before an engineering phase leading to the first production phase.  New military capabilities, such as improved accuracy and the ability to change the height of the detonation, are being incorporated into the design.  http://energy.gov/ig/downloads/audit-report-doe-oig-16-15, p. 9.

The auditors found that in some cases the schedules did not align.  For example, the auditors found a 17-month discrepancy between the master schedule and the LANL schedule for qualification of a primary main charge used in the nuclear explosive package.  http://energy.gov/ig/downloads/audit-report-doe-oig-16-15, p. 4.  The auditors also found discrepancies of 100 working days or more between the two schedules in 24 percent of the cases for components to be developed at Sandia and LANL.  http://energy.gov/ig/downloads/audit-report-doe-oig-16-15, p. 4.

Problems identifying risk to the cost, schedule and performance of the B61-12 and efforts to mitigate the risk were also highlighted.  Both the risks and the mitigation measures should be included in both schedules.  For example, testing newly designed components in flight tests and in extreme hot and cold thermal environments would mitigate the risk of the component failure.  The auditors found that 75 percent of the high to moderate risks identified at Sandia and LANL were not linked to the mitigation actions in the schedule.  http://energy.gov/ig/downloads/audit-report-doe-oig-16-15, p. 8 – 9.

Joni Arends, of CCNS, said, “This is the fourth critical 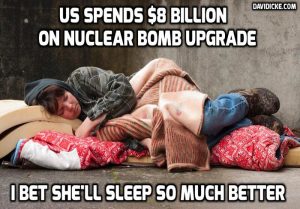