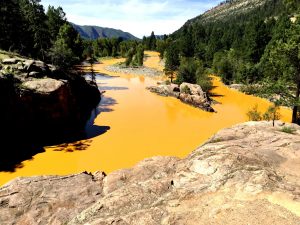 In its final meeting of the year, the Radioactive and Hazardous Materials Interim Committee of the New Mexico Legislature has a full agenda.  On Tuesday, November 20th, beginning at 9 am and continuing until 5 pm, the Committee will hear about the Carlsbad Brine Well, the Radiation Exposure Compensation Act, the Gold King Mine Spill, the Waste Isolation Pilot Plant, and Los Alamos National Laboratory.  At 4:30 pm, the Committee will hear from the public.  https://www.nmlegis.gov/agendas/RHMCageNov20.18.pdf   The meeting will be held in Room 309 of the State Capitol and live streamed from https://www.nmlegis.gov/ 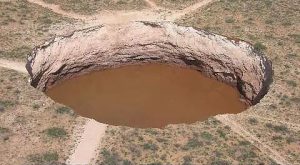 Ken McQueen, Secretary of the Energy, Minerals and Natural Resources Department, will give an update about the remediation of the Carlsbad Brine Well.  It is located beneath the South Y highway junction of U.S. 285 and U.S. Highway 62/180.  In August, the Department began to fill the 400-foot deep cavern that is wide enough for the State Capitol to fit in it.  Some officials believe it could collapse at any time.  https://www.currentargus.com/story/news/local/2018/07/10/carlsbad-brine-well-could-collapse-during-construction-officials-say/772046002/

Tina Cordova and Mary Martinez White, of the Tularosa Basin Downwinders Consortium, will present about the harm done by the overexposure of radiation from July 16, 1945 Trinity atomic bomb test.  They will present about the proposed amendments to the federal Radiation Exposure Compensation Act that would expand coverage to the Trinity Downwinders and the Post ’71 Uranium Miners.  https://www.trinitydownwinders.com/ 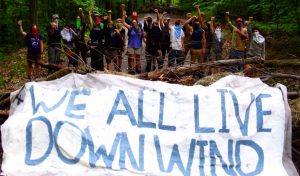 John Kieling, of the New Mexico Environment Department, will present about operations and management at the Waste Isolation Pilot Plant under the hazardous waste permit.  The Environment Department recently held a public hearing about a proposed permit modification to expand by 30 percent the volume of waste allowed for disposal.   The Martinez Administration wants to sign off on the proposal before it leaves office on December 31st.  https://www.env.nm.gov/hazardous-waste/wipp/

Dr. Thomas Mason will be wearing two hats when he presents about the management transition at Los Alamos National Laboratory (LANL).  He will be speaking as the LANL Director, and as President and Chief Executive Officer of the limited liability company, called Triad National Security.  Triad recently took over management and operation at LANL for the National Nuclear Security Administration, a stovepipe organization within the Department of Energy, for the research, design, and manufacturing of nuclear weapons.  Triad is composed of Battelle Memorial Institute, the Texas A&M University System, and the University of California.  https://www.triadns.org/

New Mexico Senator Jeff Steinborn, of Las Cruces, is the Chair of the Committee.  https://www.nmlegis.gov/Members/Legislator?SponCode=SSTEI