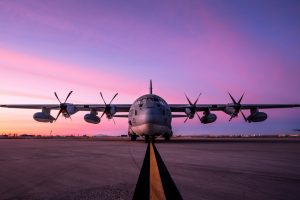 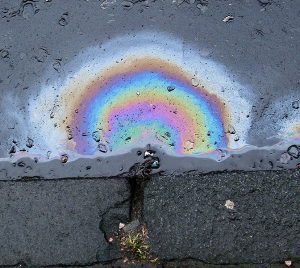 vadose zone.  Among the Water Authority conclusions are that “[f]uel-related compounds such as xylenes, ethylene dibromide (EDB), and ethylbenzene were detected above the reporting limit at [a Kirtland monitoring well], indicating a much broader presence of fuel-related contamination than what is concluded in the [Kirtland Air Force Base] Report.” WUA.Tech.Memo.1.14.2020.core.drlng  (this is a large file, 8MB)

The Water Authority memo identifies serious problems with the collection of sampling data by Kirtland. The Water Authority states there are “likely biases … towards lower/reduced concentrations of fuel contaminants at the site.” Estimates of the Kirtland jet fuel spill range from 6 to 24 million gallons. 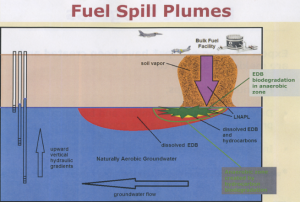 Kirtland reported its findings in a source area characterization report that was supposed to resolve the outstanding data gaps about the extent and concentration levels of fuel contamination.  The source area where the jet fuel spill occurred is particularly problematic because without cleanup it would continue releasing highly toxic chemicals such as benzene, toluene and EDB to Albuquerque’s drinking water aquifer.  No approved plan for the cleanup of the source area exists.

The report, which was submitted to the New Mexico Environment Department, was necessary to develop a conceptual computer model to guide future remediation work.   The information was to come from soil corings drilled at various locations and depths within the source area.  https://www.env.nm.gov/hazardous-waste/kafb/ see the 3,740 page, October 25, 2019 KAFB Source Zone Characterization Report for the Bulk Fuels Facility Solid Waste Management Units ST-106/SS-111, Appendices

Kirtland, however, did not follow the Environment Department’s approved work plan for the investigation. 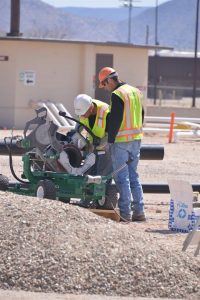 For example, they used unapproved methods for taking samples in the field and then did not submit the samples to the analytical laboratory in a timely manner.  When using a drill to collect soil cores, they drilled too fast, thus vibrating the soil.  Both the heat and vibrations allowed some contaminants to volatilize into the air, resulting in lower sampling results.

The Water Authority memo concludes with the following concerns:  “Failure to delineate the extent of the remaining fuel contamination could result in a persistent source to groundwater and increase the amount of time it will take to clean-up the impacted groundwater source.”

Dave McCoy, of Citizen Action, said, “After thirty years since discovery of massive jet fuel contamination in Albuquerque’s aquifer, there is no remediation plan, no approved cleanup plan schedule and no independent scientific overview.  Stakeholders are shut out about technical problems.  Biased data is presented to claim that successful cleanup is occurring.”

We reported a “proposed $20 billion dollar increase in the Department of Energy (DOE) 2021 Federal Budget.”  DOE’s budget as a whole went down $3.15 billion to $35.61 billion (8%).  The cuts included cleanup and renewable energies.

Thank you to Nuclear Watch New Mexico for pointing out the need for a correction.

2.  CCNS is working from home; taking care, yet keeping up on what the Department of Energy, the Nuclear Regulatory Commission, federal and state regulators, and others are doing. There has not been much news about what is going on at Los Alamos National Laboratory right now.  Are they closed?

permits for LANL – the industrial waste water and outfall draft permit and the individual stormwater permit – from March 31, 2020 to May 31, 2020. We are digging more deeply into LANL’s application, the EPA’s fact sheet and draft permit.

4.  Check out the Nuclear Watch New Mexico press release about LANL Plans to Release Up To – 100,000 Curies of Radioactive Gas (Tritium) at https://nukewatch.org/