All Pueblo Council of Governors Oppose Holtec and WCS/ISP 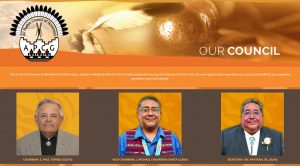 On October 17th, the All Pueblo Council of Governors affirmed their commitment to protect Pueblo natural and cultural resources from risks associated with the transport and storage of the nation’s growing inventory of high-level radioactive waste from sites across the country to proposed semi-permanent sites in southeastern New Mexico and mid-western Texas.  The Council adopted a resolution expressing opposition to the license applications by two private companies, Holtec International and Waste Control Specialists/Interim Storage Partners, LLC, to the Nuclear Regulatory 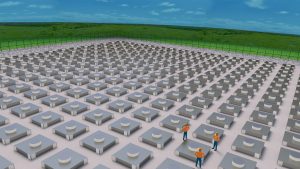 Commission.  AIPC Resolution 2019  If both licenses are approved, transportation of high-level radioactive waste would begin to the proposed multi-billion dollar consolidated interim storage facilities in Lea County, New Mexico, and Andrews County, Texas.  https://holtecinternational.com/products-and-services/hi-store-cis/ and https://interimstoragepartners.com/  The All Pueblo Council of Governors represents the collective voice of the member 20 sovereign Pueblo nations of New Mexico and Texas.  https://www.apcg.org/

The All Pueblo Council of Governors opposes the proposed massive transportation campaign for nuclear waste crisscrossing the U.S.  Their concerns include the lack of federal tribal consultation regarding determination of transport routes and availability of resources, training, and infrastructure for tribal emergency preparedness, response, and risk management for potential incidents during shipment.  The resolution urges meaningful government-to-government consultation with the Pueblos by federal regulators about transport concerns, and calls 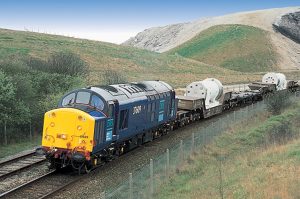 upon the five members of New Mexico’s Congressional Delegation to take proactive steps in support of Pueblos.

Council Chairman E. Paul Torres, said “We are very concerned that this project, proposing the transport of nuclear material currently stored at 80 commercial reactors in 35 states across the country, lacks meaningful consultation afforded our Pueblos and subjects our communities, environment, and sacred sites to unimaginable risk over many decades.”

The Council joins with the growing local opposition and concern about the project, including New Mexico Governor Michelle Lujan Grisham http://nuclearactive.org/wp-content/uploads/2019/06/NM-Governor-Holtec-Ltr-060719.pdf , the New Mexico State Land Commissioner http://nuclearactive.org/holtec-ignores-new-mexico-state-land-office-authority/ , four members of New Mexico’s Congressional Delegation, Fasken Oil and Ranch and the Permian Basin Land and Royalty Owners, and environmental and public health groups.  There are growing concerns that the federal government is not meeting its responsibilities to create a permanent repository for the high-level radioactive waste. 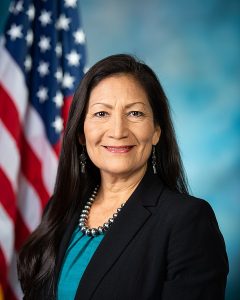 Congresswoman Deb Haaland, said, “Every community deserves to live free from the impacts of radiation, but transportation of nuclear materials puts native communities at risk of radiation contamination along the route to Holtec’s proposed storage facility.  Our communities have already borne the brunt of the nuclear fuel cycle, and this country is still failing to address those contaminated sites.  I stand with the All Pueblo Council of Governors to protect our resources and our families from the brutal consequences of storing nuclear materials at a temporary facility New Mexico or Texas.”  https://haaland.house.gov/

1. There are a number of BAD nuclear waste and consolidated interim storage facility bills moving through Congress that must be stopped.  PLEASE CONTACT YOUR CONGRESSPEOPLE TO OPPOSE THE BILLS.  These bills include:

opening of the Yucca Mountain dump in Nevada, targeting Western Shoshone Indian Lands. It would even significantly increase the amount of high-level radioactive waste that could be buried there, thus increasing the number of Mobile Chernobyl and Floating Fukushima shipments, by truck, train, and/or barge, through most states, scores of major urban center, and the vast majority of U.S. congressional districts, bound for the dump.”

It “would also authorize the U.S. Department of Energy to take ownership of commercial irradiated nuclear fuel at private, consolidated interim storage facilities (CISF).  This radical change to the Nuclear Waste Policy Act of 1982, as amended, would risk “interim” becoming de facto permanent surface storage, meaning loss of institutional control over time would guarantee large-scale releases of hazrdous radioactivity directly into the environment.”

Hotel & Casino Conference Center in Pojoaque – LANL will hold a public meeting about the application they will be submitting to NMED for renewal of the Hazardous Waste Act permit.  They want NMED to continuing regulating 27 hazardous waste units, as well as to add three interim status units.

4. If you appreciate our community leadership and work to keep you informed, please support CCNS 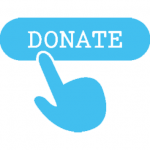 5. The DP-1132 hearing is over!  We’ll be in touch about next steps after some rest.  Today’s hearing was about the NM Environment Department DP-1132 groundwater discharge permit hearing for LANL’s Radioactive Liquid Waste Treatment Facility.  Public comments will remain open until close of business (5 pm) on Monday, November 18, 2019.  We’ll email out a sample public comment letter you can use this weekend.