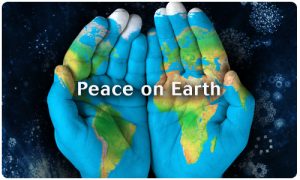 Your support will allow CCNS to continue to defeat Department of Energy (DOE) plans to expand production of the plutonium triggers for nuclear weapons at Los Alamos National Laboratory (LANL) – up to 450 triggers per year.  LANL is the only production facility in the country.  The Bush II administration tried three times to expand production and was defeated by the Peoples of New Mexico.  We’re going to have to do it again.  CCNS leadership will be essential to defeat the new administration’s plans.

CCNS will also continue to:

These are long-term struggles and we’ll need to be as creative as possible to re-engage the process.  Please share our emails with friends and family and encourage them to participate.

To make your tax-deductible contribution, just click the DONATE button on the top right for a one-time donation, or the SUBSCRIBE button to make a recurring monthly donation.

Thank you for your support over the past 29 years!  Together we are making a difference!

CCNS Board and Staff