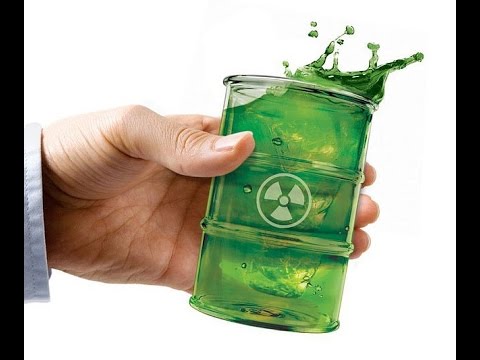 Late last week, the Environmental Protection Agency (EPA) quietly released draft guidance to be used following a radiation contamination incident that would allow radioactivity in drinking water at concentrations vastly greater than allowed under the Safe Drinking Water Act. https://www.regulations.gov/document?D=EPA-HQ-OAR-2007-0268-0210 Under the proposed Protective Action Guides (PAGs) for drinking water, no actions to protect the public would be taken even if the radioactivity in drinking water were dozens or thousands or millions of times higher than Safe Drinking Water Act levels. The PAGs would allow radiation exposures from drinking water that are equivalent to 250 chest x-rays a year, or five x-rays a week for 50 weeks a year for up to four years.

EPA explained in its federal register notice announcing the release of the draft guidance that “[t]he PAG levels are guidance for emergency situations; they do not supplant any standards or regulations, nor do they affect the stringency or enforcement of any standards or regulations. The PAG levels are intended to be used only in an emergency when radiation levels have already exceeded environmental standards. EPA expects that any drinking water system adversely impacted during a radiation incident will take action to return to compliance with Safe Drinking Water Act levels as soon as practicable.” https://www.regulations.gov/document?D=EPA-HQ-OAR-2007-0268-0210 at last paragraph of Section E.

In response, Diane D’Arrigo, the Radioactive Waste Project Director of the Nuclear Information and Resource Service, said, “Look no further than the current water crisis in Flint, Michigan to understand [the] concern that the EPA will not act to protect public health in an emergency. In this case, the EPA is attempting to ensure that it would not have to act decisively to protect public health!” http://www.nirs.org/home.htm

Catherine Thomasson, Executive Director of Physicians for Social Responsibility, added, “Clean water is essential for health. Just like lead, radiation when ingested in small amounts is very hazardous to our health. It is inconceivable that EPA could now quietly propose allowing enormous increases in radioactive contamination with no action to protect the public, even if concentrations are a thousand times higher than under the Safe Drinking Water Act.” http://www.psr.org/resources/letter-to-epa-pags-radionuclides.html

Public comments are due on Monday, July 25th, 2016 and may be submitted by EPA’s preferred method electronically to regulations.gov and specifically to https://www.regulations.gov/#!submitComment;D=EPA-HQ-OAR-2007-0268-0210 or by mail to: