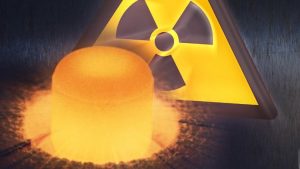 After the release of the Trump Administration’s Nuclear Posture Review in February, the Department of Energy (DOE) and its semi-autonomous National Nuclear Security Administration released its own document to support a nearly 50-fold increase in plutonium use at Los Alamos National Laboratory (LANL).  DOE wants to increase the amount of plutonium handled in its Radiological Laboratory Utility Office Building (RLUOB) from 38.6 grams of plutonium-239 equivalent to 400 grams.  Public comments on a draft environmental assessment are due on Wednesday, April 25, 2018.  Sample public comments, prepared by Nuclear Watch New Mexico, are available for your use at https://nukewatch.org/

The RLUOB is the only facility built under the Chemistry and Metallurgy Research Replacement (CMRR) Project, which included a Super-Walmart sized Nuclear Facility.  Public opposition was fierce in New Mexico and across the country when the multi-billion-dollar Project was first proposed in the early 2000s. 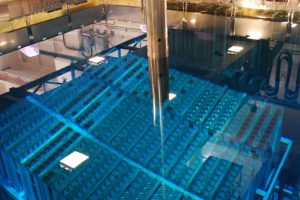 Because the RLUOB was designed and constructed to handle only 8.4 grams, the 2003 CMRR environmental impact statement restricted the amount of plutonium-equivalent allowed to that amount.  Nevertheless, DOE gave itself permission to quadruple that amount to 38.6 grams without any justification and without any opportunity for public review and comment as required by the National Environmental Policy Act.  As a result, CCNS argues that any proposal to increase the amount of plutonium in the RLUOB logically must begin with 8.4 grams as analyzed for in 2003.

Nevertheless, this environmental assessment may be moot.  On Friday, May 11th, DOE plans to announce its decision whether expanded plutonium pit production will take place at LANL, the Savannah River Site in South Carolina, or both.  DOE has attempted several times since 1996 when the Record of Decision for the final Stockpile Stewardship and Management Programmatic Environmental Impact Statement moved pit production back to LANL after the FBI raided Rocky Flats in 1989.  It also restricted pit production to 20 pits per year and that number has not changed.  https://www.federalregister.gov/documents/1996/12/26/96-32759/record-of-decision-programmatic-environmental-impact-statement-for-stockpile-stewardship-and

But the new Nuclear Posture Review proposes to expand pit production to 80 pits per year, along with maintaining the three legs of the nuclear triad.  The three legs include air – land, and sea launched ballistic missiles and bombers for the nuclear force structure, and includes an interoperable warhead for both land and submarine-launched missiles that the Navy does not want.  http://www.trivalleycares.org/new/Trumps_New_Warheads.html 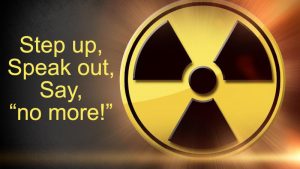 There are on-going serious concerns about plutonium operations at the LANL Plutonium Facility.  These include recent events, such as an overflowing sink on the first floor leaking into the basement where plutonium is stored.  https://www.dnfsb.gov/sites/default/files/document/14611/Los%20Alamos%20Week%20Ending%20March%2016%2C%202018%20rev.pdf

CCNS encourages you to submit your comments to DOE either electronically or by mail before Wednesday’s deadline.