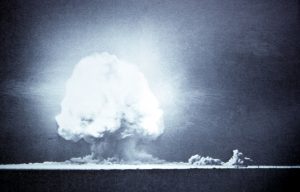 On the 74th anniversary of the Trinity atomic bomb test, U.S. Congressman and Assistant Speaker Ben Ray Luján introduced amendments to the Radiation Exposure Compensation Act (RECA) to expand coverage for New Mexicans who were overexposed to radiation.  The amendments would cover the 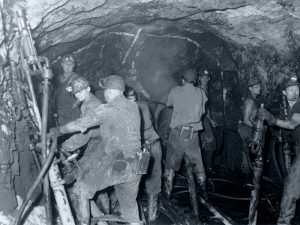 Downwinders of the July 16, 1945 Trinity atomic bomb test and those exposed to years of above ground atomic tests in Guam.  They would expand coverage for uranium workers who worked during 1971 and 1990.

Further, the amendments would provide a Congressional apology to individuals exposed to radiation in the western U.S., Guam, and the Northern Mariana Islands; and extend the RECA Trust Fund from 2022, when it is scheduled to sunset, to 2045. 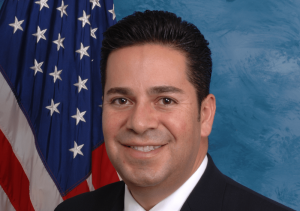 Assistant Speaker Luján said, “Throughout my time in Congress, I’ve fought to ensure justice for communities impacted by radiation exposure – including miners, workers, and downwinders.  Radiation exposure has taken the lives of too many and continues to hurt our communities.  I know how important this legislation is for New Mexico families that have been affected.  This legislation will extend compensation for those individuals who played a role in our national security and help make those individuals whole.” 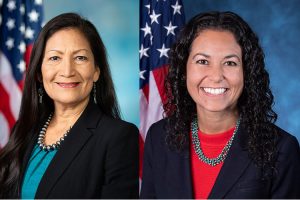 The legislation is needed now.  On Monday, July 15th, the Bulletin of the Atomic Scientists published an important article, entitled, “Trinity:  ‘The most significant hazard of the entire Manhattan Project,’” by Kathleen M. Tucker and Robert Alvarez.  They report, “Evidence collected by the New Mexico health department but ignored for some 70 years shows an unusually high rate of infant mortality in New Mexico counties downwind from the [Trinity] explosion and raises a serious question whether or not the first victims of the first atomic explosion might have been American children.”

In 1958, the United Nations Scientific Committee on the Effects of Atomic Radiation   recognized that growing fetuses and infants are more susceptible to ionizing radiation as it damages dividing cells. 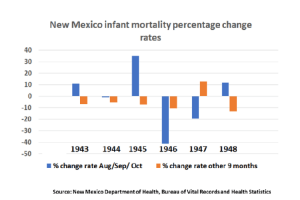 Tina Cordova, a co-founder of the Tularosa Basin Downwinders Consortium, said the data is “significant.”

To learn more and to get involved, please visit https://www.trinitydownwinders.com/ 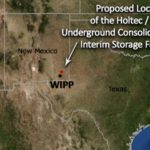 2. Saturday, July 20, 2019.  Two events held by the Tularosa Basin Downwinders Consortium (TBDC) to commemorate the 74th year since the Trinity test, the first atomic bomb test, on what is now called the White Sands Missile Range.  the events will take place in Tularosa, NM, north of Alamogordo, NM.

At 2 pm, the TBDC will host a town hall at the Tularosa Community Center, 1050 Bookout Road, to inform the public about the amendments to the Radiation Exposure Compensation Act (RECA) that have been introduced in the U.S. House of Representatives (July 16, 2019) and the U.S. Senate (3/28/19).  There will also be an interactive birddogging training to learn some of the best ways to ask questions to elected officials and those running for office. 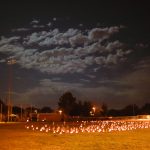 At 7:30 pm at the Tularosa Little League Field, the 10th Annual Candlelight Vigil will acknowledge the negative health effects suffered by the People of New Mexico after overexposure to radiation from the July 16th, 1945 Trinity Test.  the event will memorialize those that have lost their lives to cancer and honor those who are living with or who have survived cancer.  For more information and to make a contribution, please visit https://www.trinitydownwinders.com/ 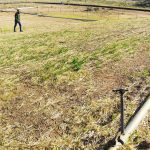 due to the New Mexico Environment Department (NMED) on the 5-Year Review of the Mixed Waste Landfill at Sandia National Laboratories in Albuquerque, NM.  For more information and a sample public comment letter you can use at http://nuclearactive.org/excavation-comments-needed-for-sandia-mixed-waste-landfill/ and Citizen Action New Mexico at http://www.radfreenm.org/ 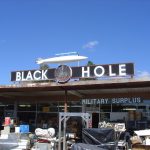 401 2nd St. SW, Albuquerque.  Barbara Grothus, daughter of Edward Grothus, is the lead organizer of the project.  It is an exhibition “dedicated to alternative stories related to ‘the nuclear business’ in New Mexico since the dawn of the Anthropocene/Trinity test near Tularosa in July 1945.”  The opening reception is August 2nd from 6 to 9 pm.  http://sanitarytortillafactory.org/