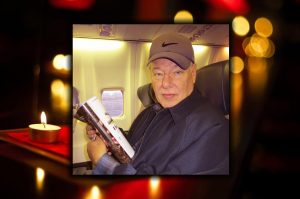 Please join CCNS, Citizen Action New Mexico and Citizens for Alternatives to Radioactive Dumping as we celebrate the extraordinary life of Robert H. Gilkeson, an independent registered geologist, on Sunday, January 15 from 6:30 pm to 9 pm at the Albuquerque Peace and Justice Center, 202 Harvard S.E., one block south of Central, in Albuquerque.  A simple meal will be served.  http://www.abqpeaceandjustice.org/

Bob was a wonderful friend, storyteller, educator, and advocate.  When he arrived in New Mexico from the University of Illinois Geological Survey, he worked for a contractor to the Los Alamos National Laboratory (LANL) in environmental cleanup and groundwater protection.  Through his work, Bob witnessed the attempts to mask the detection of radionuclides and other hazardous materials in the regional drinking water aquifer.  After leaving LANL in 1999, he worked as a private consultant in Arizona.  Upon completing his work there, he returned to New Mexico and learned that the masking had continued.

In 2004, Bob met with Joni Arends, of CCNS, to learn how he could assist CCNS for better cleanup of the over 18 million cubic feet of buried waste on the Pajarito Plateau, where LANL is located.  Bob worked pro bono on a number of issues, including the lack of proper monitoring of the chromium plume in the regional drinking water aquifer; documenting the migration of LANL contaminants to the Buckman Direct Diversion Project; and the increased seismic hazard on the Pajarito Plateau which challenged the proposed, and then defeated, $6 billion bomb factory, officially called the Chemistry and Metallurgy Research Replacement Project – Nuclear Facility.

Bob and CCNS presented their concerns about the increased seismic risk several times to the Defense Nuclear Facilities Safety Board, an independent federal agency that oversees Department of Energy nuclear facilities.  http://nuclearactive.org/gilkeson/

Chuck Montano, a LANL whistleblower, author of Los Alamos:  Secret Colony, Hidden Truths – A Whistleblower’s Diary, and CCNS Board member, said, “Bob was an inspiration to me as a former lab employee and whistleblower.  His unwavering support for justice, in the face of his own struggles, is what I admired.”  http://www.losalamosdiary.com/

Bob first met Dave McCoy of Citizen Action New Mexico in 2006 at a meeting in the New Mexico Environment Department.  Bob had analyzed the groundwater monitoring wells at Sandia Lab’s Mixed Waste Landfill and told the Environment Department they provided junk data. Bob would say, “Bad data is worse than no data at all,” because the wrong decisions are made.

Bob and Dave went through 20,000 pages of the administrative record for the dump and found that the regulators knew the groundwater monitoring wells were all defective.  After filing a complaint with the Environmental Protection Agency, the Department of Energy had to install four new monitoring wells at the dump.  Bob and Citizen Action produced a 300-page document regarding the defective groundwater monitoring network and advocated for excavation of the dump.  http://www.radfreenm.org/images/PDF/MWL/MWL_exec_rpt_1-2011.pdf  Bob and Citizen Action also were able to compel the installation of four new monitoring wells at the chemical waste landfill.

He worked to stop the federal government from leaving dangerous wastes in place that presently, and in the future, pollute the drinking water for hundreds of thousands of people in New Mexico.

Bob was a hero in his persistent and thorough analysis of the law and technical issues.  In 2007, Bob was given the Alliance for Nuclear Accountability Whistleblower Award for his work “protecting the public by exposing systemic problems with groundwater characterization wells at Los Alamos and Sandia Laboratories and blowing the whistle on the attempt to hide contamination in New Mexico’s regional aquifers.”

Please join us to honor Bob Gilkeson and to understand how we can carry on his work on Sunday evening from 6:30 to 9 pm at the Albuquerque Peace and Justice Center, 202 Harvard Southeast.