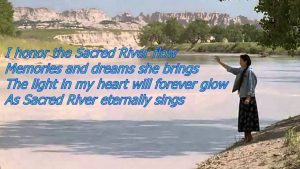 Beginning on Wednesday, November 7th, and continuing as needed, the New Mexico Environment Department will hold a public hearing about the polluted waters that originated in the three plumes in the deep regional 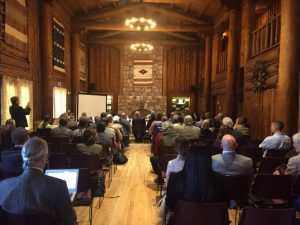 drinking water aquifer below Los Alamos National Laboratory (LANL) that are treated and then applied to land.  The hearing is taking place because of the work of the Communities for Clean Water (CCW) coalition to address LANL water pollution.  http://nuclearactive.org/new-mexico-court-of-appeals-upholds-need-for-public-hearing-about-lanl-discharge-permit/

CCW encourages the public to attend the hearing and present their concerns.  Pre-hearing materials and sample public comments are available at http://tewawomenunited.org/action-toolkit-nov-7-public-hearing-in-los-alamos-on-the-toxic-chromium-plume/, http://ccwnewmexico.org/public-hearing-november-7th-9am/ , and http://nuclearactive.org/

Public comment will be heard following the introduction of the parties on the first day, at natural stopping points in the testimony, after lunch, and again at 4 pm.  DP-1793 H.O. Scheduling Order 10-31-18

The hearing will be held at the Los Alamos Magistrate Court, located at 2500 Trinity Drive, in downtown Los Alamos, beginning at 9 am and continuing until 5 pm.  No evening public comment period will be provided because the courthouse closes at 5:30 pm.  To view the Public Hearing Notices in English and Spanish, go to https://www.env.nm.gov/gwqb/public-notice/#Hearings

On July 27, 2015, the Environment Department issued a groundwater discharge permit, called DP-1793, to LANL, without holding a public hearing.  CCW had asked for a hearing three times during the comment period.  The Department refused.  Land application began. 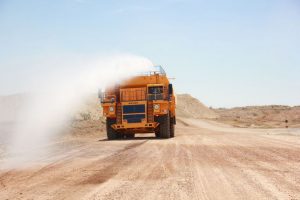 CCW appealed the decision to the New Mexico Water Quality Control, which affirmed the Department’s decision.  CCW then appealed to the New Mexico Court of Appeals.  In late December, the Court held that the Environment Department “has limited discretion to grant or deny a public hearing,” citing the state Water Quality Act that allows for an “opportunity for a public hearing.”  http://nuclearactive.org/wp-content/uploads/2018/01/CCW-v.-WQCC-A-1-CA-35253-Opinion-12-27-17.pdf

Because a public hearing for the draft discharge permit for LANL’s Radioactive Liquid Waste Treatment Facility was already scheduled for April, the parties agreed to the November date.

Under DP-1793, polluted ground waters are brought to the surface and treated through ion exchange to remove perchlorate and chromium, and through granulated activated charcoal for the high explosive, Royal Demolition eXplosive, or RDX.  The treatment does not remove all of the pollution from the water.  http://nuclearactive.org/wp-content/uploads/2018/01/ATT00104.pdf

CCW continues to have concerns about the permit.  It allows the use of sprinklers on the back of tanker trucks or mobile units to land apply the treated waters, which spreads the waters into the air and back into the groundwater.  LANL has not explored the use of mycelium to capture the metals and remove them from the environment. 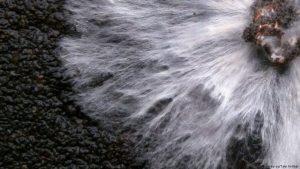 LANL proposed to cleanup the waters to less than 90 percent of the standards.  For example, the New Mexico standard for cancer-causing chromium is 50 parts per billion per liter of water.  Ninety percent is 45 ppb.  LANL has not explained why they could not clean up the waters to 50 percent, or 25 percent, or to zero percent of the standard.  Each plume is moving to the Rio Grande.

The permit does not require LANL to establish a background, or baseline, concentration of the pollutant in the soils before land application began.  The Environment Department gave itself discretion whether to require soil monitoring at the end of the five-year permit.

These are just a few of the concerns the CCW has about the permit.

For more information and to download sample public comments supporting the use of mycelium, the precautionary principle, and more protective water quality standards, please see the post above this one or go to http://ccwnewmexico.org/public-hearing-november-7th-9am/.