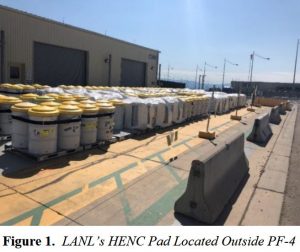 In September, the Defense Nuclear Facilities Safety Board once again raised red flags about the way Los Alamos National Laboratory (LANL) is handling waste drums with the potential for energetic chemical reactions.  https://www.dnfsb.gov/documents/letters/potential-energetic-chemical-reaction-events-involving-transuranic-waste-los  Their concerns were further heightened with the mid-October discovery of four drums containing radioactive transuranic, or plutonium-contaminated, waste mixed with potentially incompatible chemical waste, which were not properly documented.  One drum was stored outside at the Plutonium Facility and the other three inside the Transuranic Waste Facility.  Upon discovery, the three drums were promptly moved to outdoor storage pads at the Plutonium Facility.  Los Alamos Week Ending October 16 2020 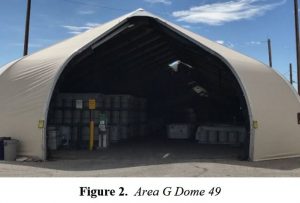 The Department of Energy (DOE) is revising its standard for storage and treatment of transuranic wastes.  In January, the Board sent a letter and technical report to the DOE Secretary about issues that need to be addressed in the revised standard.  5506 Status Letter [2020-100-016] This recent event again demonstrates the need for consistency in the safety documents for all the facilities that handle, treat and store transuranic waste.

A facility of particular concern for CCNS and the Board is the Radioactive Liquid Waste Treatment Facility at LANL, which handles, treats and stores liquid and solid transuranic and low-level radioactive and hazardous waste.  For nearly 50 years, LANL intentionally discharged treated waters through Outfall 051 into a tributary to Mortandad Canyon.  In November 2010, LANL stopped the discharge and began evaporating the treated liquids into the air. 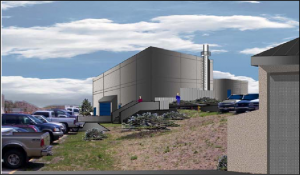 Currently, LANL is applying to the Environmental Protection Agency (EPA) for a Clean Water Act discharge permit.  LANL is asking permission to keep Outfall 051 on the permit even though it has not discharged for a decade.  The Clean Water Act requires a discharge in order to issue a permit.  But if LANL can keep Outfall 051 on the permit, it can avoid regulation by the Resource Conservation and Recovery Act (RCRA), the federal hazardous waste law.  http://nuclearactive.org/comments-needed-for-lanl-industrial-wastewater-discharge-permit/

RCRA is a comprehensive law that regulates hazardous waste from cradle to grave through a transportation manifest system.  It also regulates operations, including the tank systems that are used to treat the waste.  The facilities are regulated to prevent accidents, such as the fact that facilities located in Los Alamos County must meet specific seismic requirements.

Long story short, CCNS is seriously considering filing a petition for certiorari to the U.S. Supreme Court for review of a Tenth Circuit Court of Appeals decision that dismisses CCNS’s claims that because LANL has not discharged from Outfall 051, it is not entitled to a Clean Water Act permit.  CCNS argues that the proper regulatory scheme for this LANL facility is the hazardous waste laws. 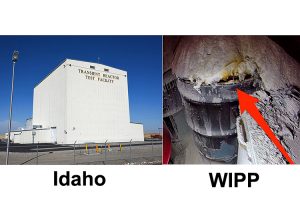 The contamination spread through the underground and up the ventilation shaft.  A plume was tracked over 100 miles to the northeast from the WIPP site, located 26 miles east of Carlsbad, New Mexico.

The second is the April 2018 explosion of four drums containing radioactive sludge waste at the Idaho National Laboratory.  The waste generated methane gas and due to the over-pressurization, the drum lids blew off.  The waste was generated at Rocky Flats, near Denver, and shipped in the 1960s to the Idaho site for storage.  INL Monthly Ending March 2018 and INL Monthly Ending April 2018. 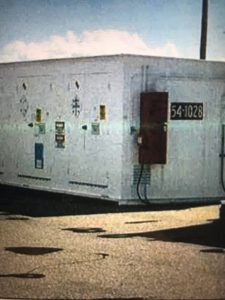