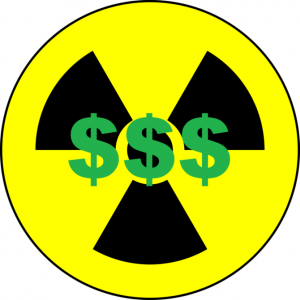 After the admission, there were many questions about the funding mechanisms for LANL cleanup.  Hintze explained DOE’s complicated three-year budget cycle.  He explained that LANL will soon submit its 2020 proposed budget to DOE, while at the same time LANL is waiting to learn the amount of funding it will receive from Congress through a continuing resolution. 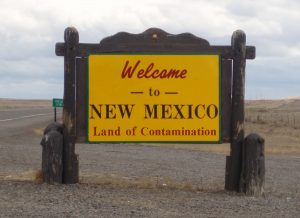 Wednesday’s meeting was held by the New Mexico Environment Department, as required by Section VIII of the 2016 Consent Order, which superseded the 2005 Consent Order for LANL cleanup.  https://www.env.nm.gov/wp-content/uploads/2016/05/June-2016-CO-modified-Feb-2017.pdf  The DOE Environmental Management, Los Alamos Office, made two presentations to a crowd of approximately 50 at the new Los Alamos County Council Chambers.

Hintze presented information about the current cleanup budget of approximately $190 million.  He explained that if a new well is needed to, for example, explore contamination, funding will be diverted from other priorities.  As a result, the end date for the Consent Order would be extended beyond the 2035 deadline.  EMLA LCC Update AppB Meeting 1_16_18

Arturo Duran, a LANL Compliance and Permitting Manager, also with the DOE Environmental Management Office, gave a detailed presentation about what work was completed during fiscal year 2017, a period between October 1, 2016 to September 30, 2017. Duran 2016 Consent Order 1-16-18

Duran also presented the fiscal year 2018 cleanup work that has been prioritized by the Environment Department, DOE, and LANL, and the future work targeted for fiscal years 2019 and 2020.  Seventeen campaigns have been identified in the 2016 Consent Order.  See Appendix B “Milestones and Targets” to the Consent Order.  https://www.env.nm.gov/wp-content/uploads/2016/05/LANL-CO-APPENDIX-B-2018.pdf 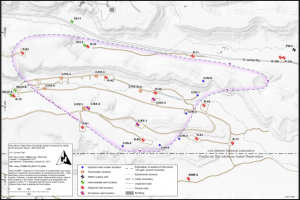 For fiscal year 2018, the number one campaign is the chromium plume in the regional drinking water aquifer below Mortandad Canyon, which borders Pueblo de San Ildefonso.  The number two priority is the RDX high explosive plume in the deep perched aquifer below Water Canyon, near the Bandelier National Monument.  Other campaigns include the submittal of the annual ground water and soil and sediment reports to the Environment Department. 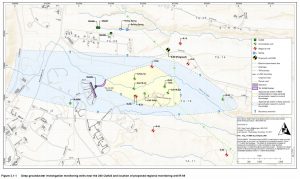 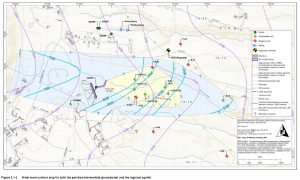 Staff from the new cleanup contractor, Newport News Nuclear BWXT – Los Alamos, LLC, were in the audience “to get the lay of the land.”  They are putting together a public meeting in Los Alamos for early February to introduce themselves to the community.  Upon learning about that meeting, CCNS’s Joni Arends suggested that they also set up meetings to introduce themselves in downwind and downstream communities, such as Taos, Española, Santa Fe, and Albuquerque.

DOE awarded the legacy waste contract to Newport News Nuclear in December.  It has a total value of $1.4 billion for a performance period of ten years.  https://www.energy.gov/em/articles/doe-awards-new-los-alamos-legacy-cleanup-contract