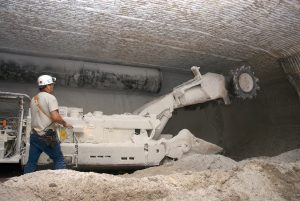 In its effort to use contaminated portions of the Waste Isolation Pilot Plant (WIPP) for waste disposal, despite inadequate ventilation and on-going roof collapses, the Department of Energy (DOE) is ignoring the safer “clean salt” option.  WIPP’s stated mission has emphasized “start clean, stay clean” to not open waste containers to limit the likelihood of radioactive and toxic chemical emissions that endanger workers and the public.  The facility’s ventilation system was not designed for a radiation release, since such an event was never supposed to occur.

DOE intends, perhaps by the end of this year, to begin putting waste into a contaminated room underground.  Because of the contamination, such an activity will require workers to be in protective equipment with respirators.  DOE has not considered the safer option of closing up the contaminated Panel 7 and instead mining Panel 8 in the uncontaminated part of the mine or using areas of Panel 10 that were not contaminated.

This week DOE began its final operational readiness review, a necessary step to begin waste disposal.  Meanwhile incomplete air monitoring data indicate an increase in radiation levels in the underground mine, perhaps from recent falls of tons of contaminated salt rock from the ceiling.  See Carlsbad Environmental Monitoring and Research Center at http://www.cemrc.org/, specifically 2016 Station A and B Data at the bottom of the page at http://www.cemrc.org/2014-wipp-release/station-b-fas-data/ and the lack of New Mexico Environment Department, DOE Oversight Bureau at WIPP data at https://www.env.nm.gov/doeob/wos-data/

On November 10th, DOE submitted a revised permit modification request to the New Mexico Environment Department for changing the closure plans.  DOE proposes to use barriers to close some of the contaminated area, while at the same time allowing waste to be emplaced.  http://www.wipp.energy.gov/library/Information_Repository_A/Class_3_Permit_Modifications/Response_TID_Revised_Class_3_PMR_WIPP_Panel_Closure_Plan.pdf

The Environment Department is planning to conduct its annual WIPP inspection before the end of the year, as it must approve WIPP’s reopening.

Don Hancock, of Southwest Research and Information Center, urged caution.  “Rushing to put waste into contaminated areas increases the likelihood of another accident.  Moreover, the only obvious reason to rush re-opening of the facility is so that the DOE’s contractor, Nuclear Waste Partnership, will get $2.1 million in performance fees in addition to the $300 million increase in its contract since the radiation release.” 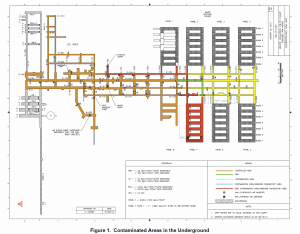