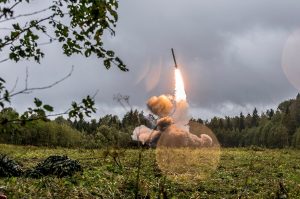 On February 1st, the Trump Administration announced that the United States would withdrawal from the 30-year old Intermediate-Range Nuclear Forces Treaty with Russia.  Both the U.S. and Russia are expected to complete 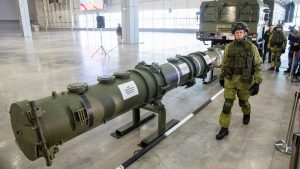 the withdrawal process in August.  At the same time, the Pentagon plans to begin flight tests for two intermediate range missiles that are banned under the Treaty.  Defense officials claim that the missiles are non-nuclear.  They are land-based cruise or ballistic missiles with ranges between 310 and 3,410 miles.

The Treaty, which came into effect in 1987, was negotiated to eliminate intermediate-range, nuclear tipped missiles because they have short flight times to reach their target.  The work with non-compliant missiles would cease if the two countries reach a deal before August to continue the Treaty. 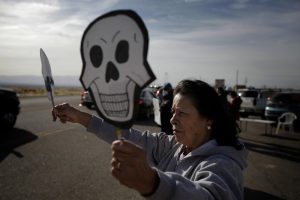 To make a statement in support of the Treaty and the first victims of atomic bomb testing on July 16th, 1945, please join the Tularosa Basin Downwinders Consortium at two White Sands Missile Range entrances during the Trinity Site open house on Saturday, April 6th.  The Army opens the radioactively contaminated Trinity Site to the public twice a year.  https://www.wsmr.army.mil/Trinity/Pages/Home.aspx

Beginning at 7:30 am, the Downwinders will gather at the Tularosa Gate, located on the Tulie Gate Road, west of the Tularosa High School, for a one-hour peaceful demonstration.

Beginning at 9 am, the Downwinders will gather at the Stallion Range Station, east of San Antonio on Highway 380, for a three-hour peaceful demonstration.  Please bring your own water, snacks, chair, hat, and a poster or sign. 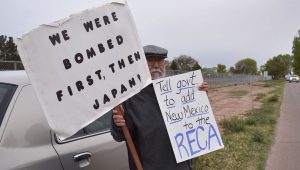 The Downwinders will provide information about the harm done to the People living downwind of the Trinity Site and their efforts to ensure that the Downwinders are included in the proposed amendments to the Radiation Exposure Compensation Act (RECA).  In 1990, Congress passed RECA to provide medical care and compensation to those living downwind of the Nevada Test Site, another location used for testing nuclear weapons in the atmosphere.   The Trinity Downwinders have never been included even though over $2.3 billion has been paid in claims.  https://www.justice.gov/civil/common/reca

Tina Cordova, a co-founder of the Downwinders said, “Seventy-four years have passed.  Now is the time for the U.S. Government to recognize those who were unknowing, unwilling, uncompensated, innocent participants in the world’s largest science experiment, who have been suffering in silence ever since the bomb was detonated.  Our organization is revealing the rest of the story and the People are being made aware of the complete legacy of Trinity.”  https://www.trinitydownwinders.com/home

1.  This week is the 40th year since the Three Mile Island nuclear power plant accident.  Beyond Nuclear compiled a number of stories about the overexposure of residents to radiation and how the true health impacts weren’t properly investigated.  Now Three Mile Island wants a bailout. 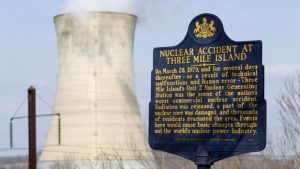 *  Too cheap to meter now needs a bailout?  Now Three Mile Island wants a fourth bailout – the first in 1979 to defuel the melted core; the second in 1995 for “cleanup” of the accident; the third in 1996 during the restructuring of the electrical industry – separating the generation of electricity from its distribution and transmission; and the fourth – Exelon Energy and First Energy wants to charge consumers a nuclear tax.

2.  For more information about how the nuclear power industry operates, see Eric Epstein’s article referenced above.  Mr. Epstein is the chairman of Three Mile Island Alert, Inc., a safe-energy organization based in Harrisburg, Pennsylvania, and founded in 1977.

3.  For more information about TMI’s 40th commemoration, listen to Libbe HaLevy’s special edition of Nuclear Hotseat at http://nuclearhotseat.com/2019/03/26/three-mile-island-40th-anniversary-pt-1-wtf-happened-at-tmi-nh-405/  Ms. HaLevy is a survivor of the TMI accident.