On August 6th and 9th, 1945, the U.S. Government dropped atomic bombs on Hiroshima and Nagasaki, Japan.  Over 200,000 people died instantly, while survivors suffered radiation exposure.  The harm that was done is formally acknowledged every August at commemoration events around the world.  This year, commemoration events were held in Los Alamos on Saturday, August 7th and in Taos on Sunday, August 8th. 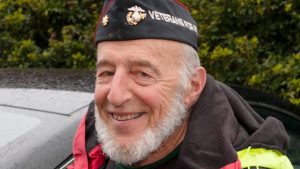 On Saturday, at Ashley Pond in Los Alamos, Ken Mayers, chair of the Joan Duffy Santa Fe Chapter of the Veterans for Peace, led a two-hour vigil, “In Remembrance: Hiroshima and Nagasaki – 1945.”  http://www.vfp-santafe.org/home.html

The program included Judith Rane reading a series of haiku that she had written.  Her haiku, a short form of Japanese poetry, recalled the plans for and the disaster that resulted from bombing Japan.  https://www.taosnews.com/tempo/film/pilgrimage-of-peace/article_d9de4599-f6e5-5c0d-83cb-525894fb6208.html 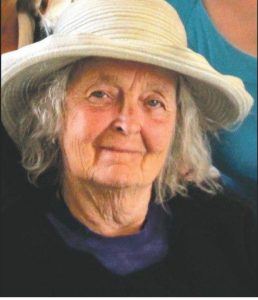 Then came songs from the Albuquerque Raging Grannies, a chapter of an international organization that has a wide repertoire of songs with anti-war lyrics set to familiar tunes.  https://www.abqjournal.com/news/state/485700nm08-21-06.htm

After the program, there was consensus that the New Mexico Congressional Delegation needs to know that many people continue to oppose the Department of Energy (DOE) plans to increase the production of plutonium pits, or triggers, for nuclear weapons at Los Alamos National Laboratory (LANL).

On Sunday, the Taos August Peace Pilgrimage organized by Jean Stevens and Judith Rane began with four powerful films shown at the community auditorium, including The Forgotten Bomb, by Bud Ryan and Stuart Overbey and Hibakusha: Our Life to Live, by David Rothauser.  https://taosenvironmentalfilmfestival.com/ 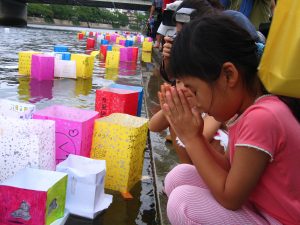 At 5:30, before the closing candlelight ceremony, a peace forum convened to discuss the urgent need to abolish nuclear weapons.  The forum, moderated by filmmaker Bud Ryan, included five longtime activists who each told how they came to be committed to peace.  When they spoke about the present situation at LANL, the panelists shared the broad concern that weapons production over the past 78 years has released radioactive contamination into the air, water, and soil that the people depend on but which also carry illness into their bodies.  As one panelist observed, weapons production at LANL is “like a dirty bomb exploding in slow motion.” 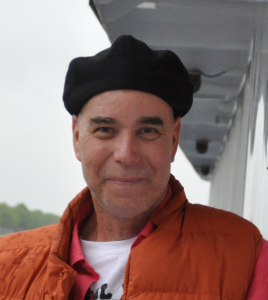 Activist Ken Mayers noted that while it costs $50 million to produce just one pit, New Mexico’s communities often lack funds to support basic needs such as education, healthcare and broadband.

Finally, moderator Bud Ryan asked the panel to suggest how to get more people involved and resist the DOE’s build-up of programs, facilities and weapons production at LANL.

To listen to the panel discussion, courtesy of Robin Collier and KCEI-FM, go to https://culturalenergy.org/listenlinks.htm#aug2021