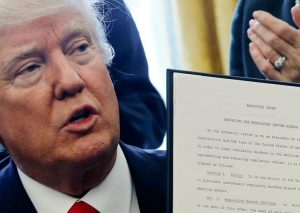 On February 24, 2017, President Trump issued an executive order to enforce his regulatory reform agenda.  It established the U.S. policy “to alleviate unnecessary regulatory burdens placed on the American people.” 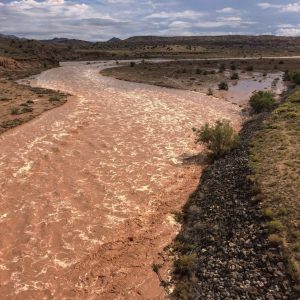 On Valentine’s Day, 2019, the Environmental Protection Agency’s Office of Water and the U.S. Army Corps of Engineers proposed a “Dirty Water Rule,” which would eliminate critical Clean Water Act protections for ephemeral streams and other stream segments, such as perennial and intermittent segments, above ephemeral streams.  Ephemeral streams flow for a short amount of time, such as after a summer monsoon.  https://www.epa.gov/wotus-rule

The New Mexico Environment Department estimates that over 96 percent of New Mexico’s waters would lose Clean Water Act protection.  https://www.env.nm.gov/wp-content/uploads/2019/03/032119-WOTUS-lawsuit.pdf  New Mexico does not have regulatory authority from EPA to issue permits for eliminating discharges of pollutants to waterways under the National Pollutant Discharge Elimination System, or NPDES.  Nor does New Mexico have the regulatory authority from the Corps to issue permits for dredge and fill operations.  EPA and the Army Corps run those programs.

The proposed rule would create a regulatory void in New Mexico.  No state programs exist to fill the regulatory gap if the dirty water rule is approved.  The EPA and Army Corps also would lose jurisdiction for ephemeral, perennial and intermittent streams. 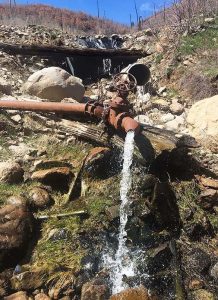 For example, the impacts of discharges of legacy waste from Los Alamos National Laboratory (LANL) would be tremendous for the Rio Grande.  Ephemeral streams that drain the Pajarito Plateau, where LANL and its dumpsites are located, flow to the Rio Grande.  The Clean Water Act would no longer cover them.  Currently such discharges from LANL into these streams are subject to several NPDES permits issued by EPA.  These include an industrial wastewater permit with 11 separate outfalls; multiple outfalls regulated by a Multi-Sector Industrial Permit; an Individual Stormwater Permit that regulates discharges from 405 contaminated sites; and other discharges regulated by a Construction General Permit.  The proposed changes to the definition of “Waters of the United States” would eliminate EPA’s ability to require LANL to comply with the existing permits.

The Clean Water Act governs water pollution.  Its goal is to maintain the chemical, physical and biological integrity of the nation’s waters so they are fishable and swimmable, meaning that people and fish can swim in the water without harm.

Comments are due to EPA and the Army Corps on Monday, April 15th.  Protect water!  Get your comments in!

Amigos Bravos has a sample comment letter you can use at https://amigosbravos.org/spotlight/view/113

WildEarth Guardians has a detailed explanation about how to submit comments at https://wildearthguardians.org/stand-for-clean-water-info/

The Regional Coalition of LANL Communities (RCLC) scheduled their next meeting for Friday, April 19th from 1:30 to 4:30 pm at the Espanola City Hall to discuss a Restated and Amended  Joint Powers Agreement Establishing the Regional Coalition of LANL Communities By and Among the Incorporated County of Los Alamos, the City of Santa Fe, Santa Fe County, the City of Espanola, Rio Arriba County, the Town of Taos, Taos County and the Sovereign Governments of the 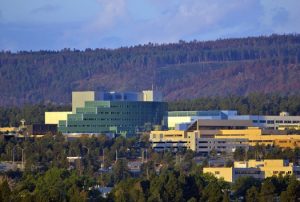 Pueblo of Ohkay Owingeh and the Pueblo of Jemez.  https://regionalcoalition.org/

Friday, April 19th is Good Friday and the beginning of Passover.  CCNS’s experience over the past 31 years indicates there is less public participation during times of cultural and religious holidays.  Inevitably, this will be the case with the RCLC meeting.

Please contact your elected officials who are representatives of the RCLC and ask that the meeting be rescheduled: