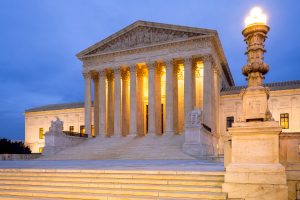 Another step on a twisted journey will take place on Friday, February 26th, when the U.S. Supreme Court will consider CCNS’s Petition for Certiorari in a case challenging the issuance of a Clean Water Act discharge permit for a critical 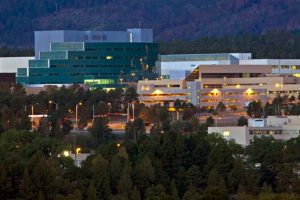 Los Alamos National Laboratory (LANL) facility.  https://www.supremecourt.gov/search.aspx?filename=/docket/docketfiles/html/public/20-717.html  In an unpublished decision, the Tenth Circuit Court of Appeals decided erroneously that CCNS did not have standing to challenge the permit.  CCNS v. EPA (RLWTF) 200423 CA10 decision  For that reason, CCNS filed a petition with the U.S. Supreme Court for review of the Tenth Circuit’s decision. 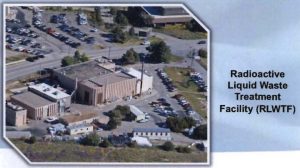 The critical LANL facility is the Radioactive Liquid Waste Treatment Facility, or RLWTF.  It has operated since 1963.  It treats radioactive and hazardous liquid wastes from key plutonium and tritium facilities across the LANL site.  It discharged treated liquid wastewater into Effluent Canyon, which flowed into the upper reach of Mortandad Canyon and soaked into the ground.

But in November 2010, those discharges ended because LANL began to exclusively use an evaporator system to treat the liquids and release them as vapors into the air. 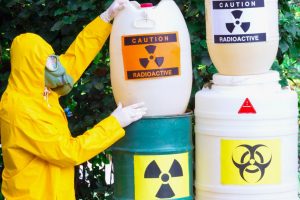 CCNS members submitted affidavits to the Tenth Circuit stating our fears that the lack of proper hazardous waste regulation means that we are deterred from visiting riparian areas near and downgradient from the RLWTF in the Rio Grande watershed.

The Tenth Circuit ruled that persons who live in 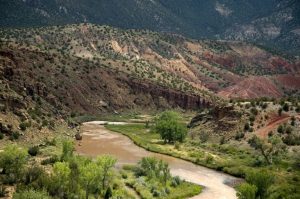 and use lands downgradient from the RLWTF, and whose use and enjoyment of those areas are diminished by its noncompliance lack standing to question the unlicensed operations.  The court added that CCNS must prove that the pollutants had reached the Rio Grande, a requirement not found in existing standing criteria.  The Tenth Circuit’s decision is inconsistent with other decisions within the federal circuits.  Thus, our appeal to the U.S. Supreme Court.

Please make a tax-deductible contribution to CCNS to support these efforts to hold the federal government accountable to enforce the laws.

~Safety and security at WIPP remains a concern.

~Please stop the plans to expand WIPP and keep waste coming for many decades.

~Keep the promises for limits on WIPP.

Crash course for those unfamiliar with OPANAL and/or Tlatelolco (pronunced tuh-laa-tuh-laal-kuh):  The Treaty for the Prohibition of Nuclear Weapons in Latin American and the Caribbean – known as the Treaty of Tlatelolco – is the legal instrument signed and ratified by all 33 countries of Latin America and the Caribbean. It prohibits: the testing, use, manufacture, production or acquisition by any means whatsoever of any nuclear weapons, directly or indirectly, within said region. The Treaty of Tlatelolco delineates its Zone of Application (Article 4); it creates and sets the structure, powers, and activities for the Agency (OPANAL) which oversees compliance with the obligations of the Contracting Parties (Articles 6, 7, 8, 9, 10, 11, 19, 22, and 23); it establishes a Control System, under OPANAL, and the International Atomic Energy Agency (Articles 12, 13, 14, 15, and 16).