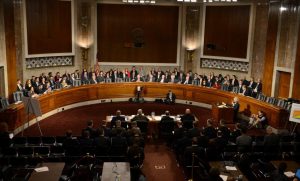 For the third time in the past year, the Trinity Downwinders and Post’71 Uranium Workers have learned that the U.S. Senate Judiciary Committee will hold a public hearing about the proposed amendments to the Radiation Exposure Compensation Act (RECA) that would include them in this program for those overexposed to radiation.  But they have never been invited to provide testimony.  They ask you to help them by contacting your key 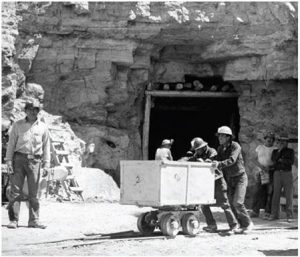 elected officials and demand that the Trinity Downwinders and Post’71 Uranium Workers have the opportunity to provide testimony about the harm they have experienced from their overexposure to radiation.

They suggest you contact Senator Dianne Feinstein of California, the Ranking Member of the Committee, and ask her to invite them to testify at the June 27th hearing.  https://www.feinstein.senate.gov/public/index.cfm/contact Please also contact New Mexico Senators Tom Udall and Martin Heinrich. https://www.tomudall.senate.gov/ and https://www.heinrich.senate.gov/

RECA was first passed by the U.S. Congress in 1990.  Certain uranium workers and downwinders of the Nevada Test Site were covered by the comprehensive health care program.  In 2000, additional groups of harmed people were added.  Over $2.2 billion has been paid out in claims. https://www.justice.gov/civil/common/reca

The Act has not been amended since, even though bills have been introduced over the past eight years to include the Trinity Downwinders and Uranium Workers who worked after the 1971 cut-off date.  People working after 1971 have been trying to be included in the program ever since. 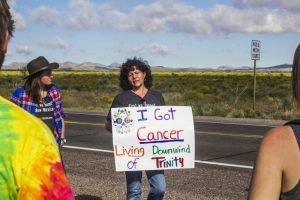 Anita K. Mitchell lives in Louisiana.  As a small child, her mother lived near the Trinity Test site soon after the U.S. government exploded the first atomic bomb there on July 16, 1945.  No one told Mitchell’s mother and aunts not to pick up and play with the green, radioactive Trinitite rocks that formed out of the desert sand and bomb’s plutonium.

As a downwinder, Mitchell contacted her U.S. Senator, John Kennedy of Louisiana, who is a member of the Senate Judiciary Committee.

Mitchell wrote to Senator Kennedy, stating, “As your constituent, a registered voter in your home state, I am asking you to ensure the Tularosa Basin Downwinders Consortium are invited to your hearing on June 27th.  Listen to these people.  I would hope that [ ] you know and understand that it doesn’t matter if you detonate the first nuclear device or the millionth device, there will be severe health consequences to anyone living downwind of that test.  We, (the American People and their elected representatives), have ignored them for over 70 years.  It’s time for us all [ ] to step up, listen to them, and do the right thing.  It’s time to let their voices be heard.” 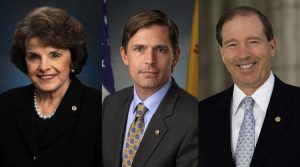 For more information and links to contact your Senators, please visit https://www.trinitydownwinders.com/ , https://swuraniumimpacts.org/ , and http://nuclearactive.org/ .