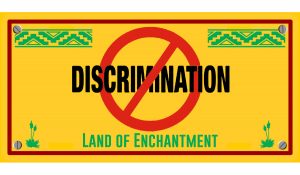 Last Friday, in response to claims of discrimination, the New Mexico Environment Department (NMED) released three new policies for the public process in permitting polluting facilities.  Following a public process involving a hazardous waste facility in southeastern New Mexico where discriminatory permitting was evident, in 2002, Citizens for Alternatives to Radioactive Dumping (CARD), and two other groups, filed a successful civil rights complaint with the Environmental Protection Agency (EPA).  After 15 years, in January, 2017, EPA and the Environment Department settled the matter with an Informal Resolution Agreement, which required the creation of the three policies.  http://nuclearactive.org/card-civil-rights-complaint-to-epa-about-triassic-park-thirteen-years-and-no-resolution/ and http://nuclearactive.org/epa-reaches-informal-resolution-of-14-year-old-civil-rights-complaint-against-nmed/ Despite numerous requests to participate in the policy creation, CARD and other community groups were excluded from the process.  It shows. 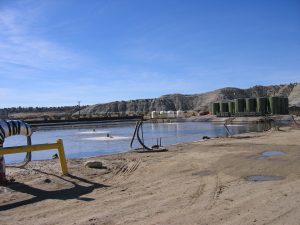 In New Mexico, approximately 36 percent of the population speaks a language other than English at home.  One of the issues raised by CARD in its complaint was for people with limited English proficiency, public notices and key vital documents were not translated into the languages spoken in their homes and communities.

EPA approved the three policies, which are the Non-Employee Disability Accessibility and Outreach Policy, Public Participation, and the LEP Policy.  https://www.env.nm.gov/general/epa-and-nmed-informal-resolution-agreement-no-09r-02-r6-public-participation-limited-english-proficiency-and-non-employee-disability-policies/  Not only is the state government continuing to discriminate, but the federal government is supporting that discrimination in both the scope and the details of the policies.

Noel Marquez, of the Alliance for Environmental Strategies, based in Eddy County in southeast New Mexico, and one of people signing the original civil rights complaint with CARD, said, “I don’t know what planet [the Environment Department] is on, but there is no positive realistic working relationship between [it] and our communities, which are being sacrificed by a state government willing to allow our communities to be turned into radioactive waste dumps.”

He offered, “If [the Environment Department] were willing to start a relationship, we are always ready to respond, cooperate and volunteer our time to defend our lands and people, which we feel the state of New Mexico should be doing in their role if we aspire to be an honest democracy.”

(February 27, 2018 / Santa Fe & Eddy County, NM) On February 26, 2018, Citizens for Alternatives to Radioactive Dumping (CARD) and other community groups raised serious concerns about the New Mexico Environment Department’s (NMED) failure to include community voices before releasing new policies intended to comply with civil rights laws. CARD’s reaction came on the heels of the release by NMED of Public Participation and Limited English Proficiency (LEP) policies late Friday, February 23, that outline the agency’s plans to include New Mexican communities in the process for permitting industrial facilities.

To read the rest of the press release click here: ForImmediateRelease