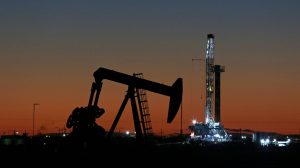 In filings this week with the Nuclear Regulatory Commission (NRC), Holtec International stated it “disagrees” that the New Mexico State Land Office must approve any agreements to limit or restrict continued or future mineral extraction, including oil, gas, and potash.  In this and previous filings Holtec 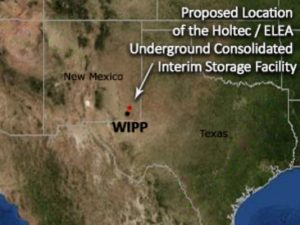 claimed that it has “control” of the proposed site in southeast New Mexico for storing all of the irradiated, or spent, nuclear fuel from commercial nuclear power plants, more than 90 percent of which is located in the eastern half of the country.

In this week’s filing, Holtec also states that it does not need to control the mineral resources to obtain an NRC license.

On June 19th, Stephanie Garcia Richard, New Mexico Commissioner of Public Lands, wrote to Holtec expressing her concerns that the company misrepresented the authority of the Land Office over the mineral rights.  While the Eddy-Lea Energy Alliance owns the surface, the 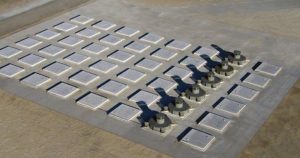 State of New Mexico owns the mineral rights below ground in the highly productive Permian Basin.

Garcia Richard wrote that Holtec “entirely disregarded the State Land Office’s authority over the Site’s mineral estate” and that the state has not approved the agreement between Holtec and Intrepid Potash to limit potash mining below the site.  In a May 7, 2019 decision, the NRC judges accepted Holtec’s statement that it “controls the mineral rights at the site down to 5,000 feet.”

Fasken Oil and Ranch and the Permian Basin Land and Royalty Owners filed a motion with the NRC to submit a new contention, or objection, in the license proceeding.  A basis for the new contention was the Land Commissioner’s letter to Holtec.

Fasken also challenged Holtec’s inaccurate information about the wells within a five-mile radius of the proposed site.  According to Fasken, there are 253 oil and gas wells in production with various depths between 710 and 16,000 feet deep within a five-mile radius.  Forty-five of these are recent wells and were drilled horizontally.  A drill island is present that could accommodate multiple well locations to within a quarter to a half-mile from the proposed site.

The Permian Basin is one of the world’s most productive regions for oil and gas exploration and extraction.  Fasken is challenging Holtec’s license application because of the financial hit the industry could take should there be an accident along the truck and rail transportation routes and/or at the site.

Holtec has not directly responded to the Land Commissioner’s letter, and still wants to transport the dangerous waste across the country to New Mexico, even though the Governor, many local governments, and many New Mexicans oppose the project.

Chronology of documents referenced in the Update: 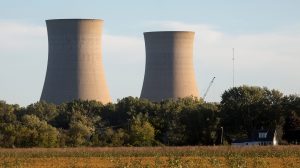 Holtec International is poised to acquire the numerous atomic reactors, and their on-site high-level radioactive wastes, from various current owners — although competitors, such as NorthStar (affiliated with Waste Control Specialists), as well as EnergySolutions of Utah (which has undertaken the largest decommissioning in U.S. history, at Zion, IL on the Great Lakes shore), are still in the competition. If and when various atomic reactors shut down for good, one of these companies will likely take over the site(s) during the decommissioning stage, including the high-level radioactive waste management.

Holtec would send high-level radioactive wastes to New Mexico for “interim” storage, while NorthStar would send them to WCS, Texas — just 39 miles east from Holtec, NM. Outbound transport routes would be the same for much of the country — including the potential for barge shipments on surface waters, or heavy haul truck shipments, Legal Weight Truck shipments, and/or rail shipments on land, in most states, scores of major urban areas, and the vast majority of U.S. congressional districts.

For maps and documentation of the numbers of barge shipments that could travel numerous surface waters across the U.S. (the Great Lakes, rivers, and sea coasts), as well as what the risks of a sinking are, see: 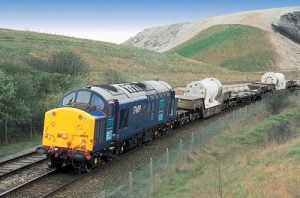 See this map for truck and train routes nationwide: http://www.state.nv.us/nucwaste/news2017/ymroutes17.png

See this document, for transport routes by road and/or rail in 44 states: http://www.state.nv.us/nucwaste/news2017/pdf/States_Affected.pdf 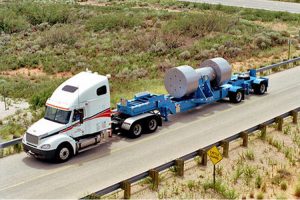 See this document for a close ups of shipping routes in 20 major urban areas: http://www.state.nv.us/nucwaste/news2017/pdf/Cities_Affected.pdf

See page 4-5 of 19 in this document for numbers of shipments (rail, truck, and total) in various states: http://www.state.nv.us/nucwaste/news2017/pdf/Congressional_Districts_Affected.pdf

Note:  All of these linked documents above are in the context of 70,000 metric tons of irradiated nuclear fuel being shipped to Yucca Mountain, Nevada. Holtec NM would hold 173,600 MT, while WCS, TX would hold another 40,000 MT, for a grand total of 213,600 MT. Thus, a significantly larger number of shipments could pass through many to most states, if reactors continue generating high-level radioactive waste, and ship them to the Southwest, than is even accounted for under the 70,000 MT Yucca dump scheme. In the same document linked just above, beginning at page 7 of 19 on the PDF counter, a listing of the 370 U.S. congressional districts that would be crossed by road and/or rail shipments is documented.

Unfortunately, both WCS/ISP and Holtec/ELEA have included very little transport-related information in their application documents, leaving the public largely in the dark regarding routing, shipment numbers, as well as related risks.

Did You Know there are many opportunities in September to provide your views, concerns and comments and to participate in community events.

CCNS is working to provide you with sample public comments to get you started, that you can modify to your voice, and get them in.

1.    First, Monday, September 3rd – Enjoy Labor Day!  We’ve earned it!
If you are looking for something to read – here’s Tri-Valley CARES analysis of the National Defense Authorization Act:  When the House & Senate Differ on Policy and Spending, You Can Make the Difference  NDAA Nuclear Weapons Blog Updated 8 26 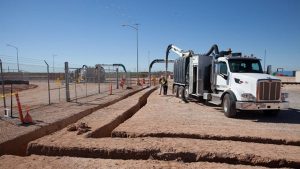 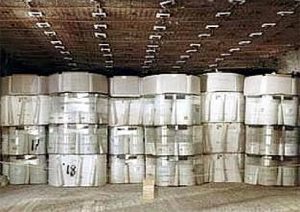 4.    Friday, September 20th:  the Nuclear Regulatory Commission is proposing changes to the definitions of transuranic and greater-than-class C wastes.  https://s3.amazonaws.com/public-inspection.federalregister.gov/2019-15434.pdf 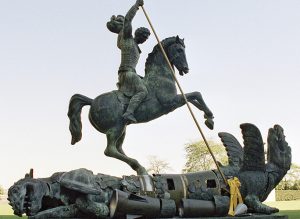 5.    Monday, September 23rd:  comments are due to the NM Environment Department about groundwater discharge permit 1132 – the “fake” permit for Los Alamos National Laboratory Radioactive Liquid Waste Treatment Facility.  A DP-1132 fact sheet in English and Spanish is available at:   https://www.env.nm.gov/gwqb/pps/

6.    Thursday, September 26th – International Day for the Total Elimination of Nuclear Weapons – is anyone inspired to organize/coordinate an event in New Mexico?  https://www.un.org/en/events/nuclearweaponelimination/