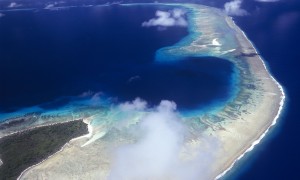 This week the International Court of Justice concluded the preliminary oral arguments in the nuclear disarmament cases brought by the Republic of the Marshall Islands against India, Pakistan and the United Kingdom. The hearings, which took place from March 7th to the 16th, were the first contentious cases on nuclear disarmament ever heard at the Court. These hearings addressed the respondent nations’ objections related to questions of jurisdiction and admissibility. http://www.icj-cij.org/docket/index.php?p1=3&p2=3&code=miuk&case=160&k=ef

Sixty-seven nuclear bomb tests were conducted in the Marshall Islands, a small island nation located in the South Pacific, from 1946 to 1958. On March 1, 1954, the United States tested Castle Bravo, the fifth largest test in history with a yield of 15 megatons – 1,000 times more powerful than the nuclear weapons used on Hiroshima and Nagasaki in August 1945. https://www.ctbto.org/specials/testing-times/1-march-1954-castle-bravo/

On April 24, 2014, the Marshall Islands filed applications in the Court to hold the nine nuclear-armed states accountable for violations of international law with respect to their nuclear disarmament obligations under the 1968 Nuclear Non-Proliferation Treaty and customary international law. The nine states are the United States, United Kingdom, France, Russia, China, India, Pakistan, North Korea, and Israel.

The nine cases are founded on the Court’s 1996 unanimous Advisory Opinion that concluded there “exists an obligation to pursue in good faith and bring to a conclusion negotiations leadings to nuclear disarmament in all its aspects under strict and effective international control.” http://www.icj-cij.org/docket/index.php?p1=3&p2=4&code=unan&case=95&k=e1&p3=0

Now the Marshall Islands is requesting the Court to issue a declaratory judgment of the breach of nuclear disarmament obligations and an order to take, within one year of the judgment, all steps necessary to comply with those obligations, including the pursuit of good faith negotiations aimed at a nuclear disarmament convention under strict and effective international control.

On the last day of the hearing, India delivered its final oral arguments. India’s legal team doubled down on its assertions that its words speak louder than its actions. While repeatedly highlighting “irrefutable evidence of India’s positions in United Nations forums on disarmament,” India’s lawyers denied that their recent test-launches indicated participation in the nuclear arms race. 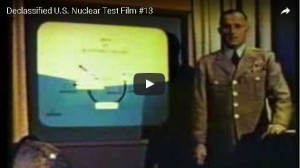