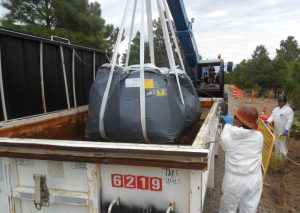 It is always interesting to learn how the Department of Energy and its contractors prioritize their work at Los Alamos National Laboratory.  This week, the public learned that DOE asked the LANL cleanup contractor, N3B, to request that the New Mexico Environment Department move 19 hazardous waste sites from one part of the hazardous waste permit to another.  https://n3b-la.com/n3b-los-alamos-hosts-public-meeting-on-cleanup-status-of-19-historical-lanl-sites-in-pueblo-canyon/ 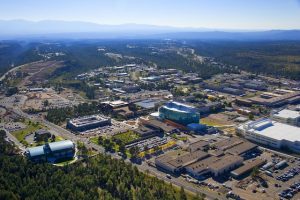 During this week’s virtual public meeting, Joni Arends of CCNS, asked why the request comes at a time when the hazardous waste permit renewal is already two years behind schedule.  N3B reported that DOE had asked it to submit the request.  Later, when pressed by Arends, it became clear that the request was made to meet an arbitrary contract performance measure resulting in a possible monetary bonus to N3B.

Unlike DOE, CCNS’s concern is for the Environment Department to issue LANL’s draft hazardous waste permit for public review and comment.  Every ten years, the hazardous waste permit is up for renewal.  The current permit was issued in December 2010.  Since spring 2020, when LANL submitted its renewal application, the Environment Department has failed to issue a timely draft permit.  https://www.env.nm.gov/hazardous-waste/lanl-permit/

The hazardous waste permit covers operations at only those five of the many LANL sites that handle, treat and store hazardous waste. For this reason, the public process is critical.  Nevertheless, due to the lack of the necessary funding for staffing across the Environment Department, and the Hazardous Waste Bureau in particular, the draft LANL renewal permit is already two years late. 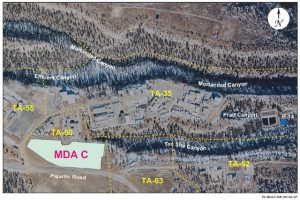 Similarly, the hazardous waste renewal permit for the Waste Isolation Pilot Plant is already two years late.  WIPP has submitted many permit modifications which review is limited to the proposed modifications.  As a result, DOE’s expansion plans are not receiving the full required public examination as provided for in the permit renewal process.  https://www.env.nm.gov/hazardous-waste/wipp/

CCNS views the N3B proposal to move the 19 sites within the LANL hazardous waste permit as a diversion from the Environment Department’s requirement to issue timely draft renewal permits.  Scroll down the page – https://n3b-la.com/outreach/

CCNS will prepare sample public comments you can use to submit to the Environment Department asking that N3B’s request for the 19 sites be shelved until the draft renewal permit is released for public review and comment.  Public comments are due by December 5, 2021.

Please give as generously as you are able to CCNS. We really need your financial support.  We’re carrying a heavy load to push for the draft hazardous waste permits to be released by the NM Environment Department for public review and comment.  Thank you for your continuing support!