Where Are the Rocky Flats Special Grand Jury Documents?

Thirty years after a special grand jury was empaneled to look into possible environmental crimes committed at the Department of Energy’s Rocky Flats Plant, 60 to 65 sealed boxes of their documents are missing.  Many people living near the plant, as well as downwind and downstream, believe the 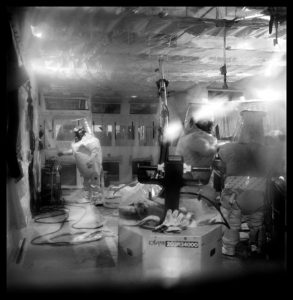 contents may provide critical information about the buried plutonium wastes and help to resolve conflicts about access to the site, expansion of housing developments nearer to the site, and a proposal to build a by-pass road along the fence line.

In January, attorney Pat Mellen asked the federal court to unseal the boxes and make them public.  Last month, the federal Department of Justice and the U.S. Attorney’s Office revealed that they could not locate the boxes in their office, or in the Federal Records Center where closed cases are stored.

When asked, an attorney with the U.S. Attorney’s Office emailed attorney Mellen, stating that he has been “attempting to reach out to former [] staff and attorneys who touched the Rocky Flats matter over the years to see whether they have any memory of where the boxes might have ended up.  That effort is ongoing, but has not yet yielded results.”

Rocky Flats is located about 16 miles northwest of Denver, Colorado, at the base of the Rocky Mountains.  About 70,000 plutonium pits, or the triggers for nuclear weapons, were manufactured there from 1952 to 1989 when the FBI raided Rocky Flats for violations of the Clean Air Act and federal hazardous waste laws, including illegal waste storage.

Rockwell International, the DOE contractor at the time, pled guilty to 10 environmental violations in 1992.  They paid $18.5 million in fines. 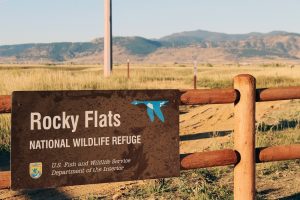 After nearly a decade, a $7 billion “cleanup” commenced.  The cleanup standards were not as protective as people in the communities had wanted.  The community’s standards addressed the long-term impacts of plutonium to human health and the environment.

After “cleanup,” most of the Rocky Flats site was transferred to the U.S. Fish and Wildlife Service, and became a wildlife refuge where school children go on field trips.  Nevertheless, seven school boards, including Denver and Boulder, will not take their students on field trips to the refuge.

Further, subdivisions are being built closer to the site.  As a result, the occurrences of rare childhood cancers are growing in those neighborhoods.

LeRoy Moore, Ph.D., and founder of the Rocky Mountain Peace and Justice Center, said, “”I thought I’d seen the worst, but losing more that 60 cartons of evidence from the 1989 FBI raid beats all.”

This week the groups asked the court to unseal the yet-to-be-found documents within thirty days.

It processes low-level and transuranic (plutonium) contaminated water from nuclear weapons operations at the Plutonium Facility and related facilities.  This is a key facility for DOE/NNSA plans to expand plutonium pit production at LANL (known as “Bombplex II”). 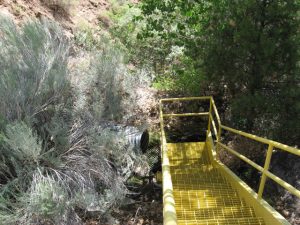 Since 2013, CCNS and other groups have argued that it is illegal for NMED to issue a ground water discharge permit for this facility.  To obtain a permit, the NM Water Quality Act and regulations require a facility to discharge water contaminants.  Since November 2011, LANL has not discharged from the Radioactive Liquid Waste Treatment Facility.

CCNS and other groups have argued that the Radioactive Liquid Waste Treatment Facility is a hazardous waste treatment and storage facility and should be regulated by the federal Resource Conservation and Recovery Act (RCRA), as implemented in NM by the NM Hazardous Waste Act and regulations.  The waste storage activities are currently covered by the NMED hazardous waste permit for LANL.  The entire Radioactive Liquid Waste Treatment Facility must be regulated under RCRA.

Mark Your Calendars and Stay Tuned!

*  Monday, August 19th from 5:30 to 7:30 pm at the Santa Fe Downtown Public Library.  You are invited to the CCNS public meeting about the draft ground water discharge permit and what you can do.

*  CCNS is available to present at house parties or another event.  Please contact us about availability by email to ccns@nuclearactive.org, or by phone at (505) 986-1973.