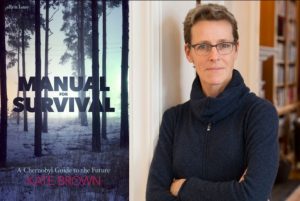 Kate Brown, a Massachusetts Institute of Technology science historian, spent years going through the extensive Chernobyl nuclear power plant disaster archives and interviewed hundreds, including nuclear scientists, radiation health experts, and villagers.  Her new book, Manual for Survival:  A Chernobyl Guide to the Future, lies it all out how the United Nations, international health and atomic energy organizations, among others, deceived the public about what really happened.  For example, people that should have been evacuated were not.  Clouds seeded to prevent radioactive fallout from 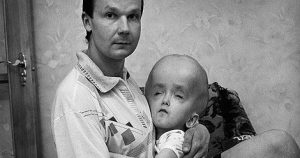 reaching Moscow resulted in concentrated fallout in other areas.  High rates of childhood thyroid cancer were hidden.  It has been more than 30 years since the April 26, 1986 disaster.  Due to Brown’s diligent investigation, the scope of the deception has been gathered together in her book and is now known.  http://news.mit.edu/2019/chernobyl-manual-for-survival-book-0306

Robert Alvarez, a senior scholar at the Institute for Policy Studies, eloquently reviewed Brown’s book in piece titled Why Government Secrecy is More Damaging to Public Health than Nuclear Fallout.  Alvarez gives an overview of the harm done since 1943 by the international nuclear power and nuclear weapons industrial complex – all with impunity.  https://washingtonspectator.org/alvarez-nuclear-fallout/

He describes the nuclear reactor design flaw, discovered by the World War II Manhattan Project scientists working to build atomic bombs.  The flawed design is still found in the Westinghouse AP1000 reactor.  This reactor melted down in 1986 at Chernobyl and in 2011 at Fukushima.

Alvarez concludes, Kate Brown “makes it clear that the biggest radiological catastrophes contaminating the Earth were deliberately perpetrated in order to test nuclear weapons in the open air.”  The U.S. and Soviet Union exploded 442 of a total of 520 atmospheric nuclear weapons tests, “contaminating the Northern Hemisphere with long-lived and poisonous radioactive debris that far exceeds that of Chernobyl and all other nuclear accidents.” 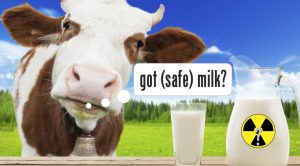 He explains, “For instance, at a secret meeting in November 1954 of the [U.S.] Atomic Energy Commission’s General Advisory Committee, experts ‘cautioned against the use of milk in heavily contaminated areas’ in the United States, following six large, recent [hydrogen or] H-bomb explosions in the Marshall Islands.  But no public warnings were given.  The six tests, which dwarfed the combined releases from Chernobyl and Fukushima, raised global background radiation levels 10 to 20 times.  Hot spots 5,000 miles away in the United States showed radiation levels as much as 200 times greater than normal background.”

Alvarez concludes, “The painful lesson from Brown’s indispensable book [] is that when it comes to nuclear weapons and energy programs, governments, by accident or design, have been willing to send their people into harm’s way with impunity.” 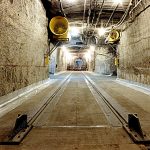 at the Skeen-Whitlock Building, 4021 National Park Highway, Carlsbad, NM, and on Thursday, September 19th from 3 to 5 pm at the Courtyard by Marriott, 3347 Cerrillos Road, Santa Fe, NM.  Public comments are due to the Environment Department by Wednesday, October 16th.  Sample public comments for you to use will be available soon at http://nuclearactive.org/

2.    Friday, September 20th – comments due to DOE about the scope of the hazardous waste permit renewal application.    Sample public comments for you to use will be available soon at http://nuclearactive.org/ 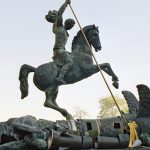 3.    Monday, September 23rd – comments due to the New Mexico Environment Department about the “fake” draft groundwater discharge permit DP-1132 for LANL’s Radioactive Liquid Waste Treatment Facility.  Sample public comments for you to use will be available soon at http://nuclearactive.org/ 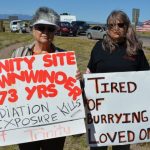 7.    Wednesday, October 16th – comments due to New Mexico Environment Department about the Utility Shaft permit modification request.  See No. 1 above.  Sample public comments for you to use will be available soon at http://nuclearactive.org/