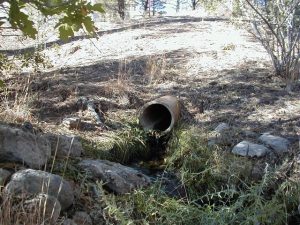 Outfall No. 051 at Los Alamos National Laboratory (LANL) is a discharge pipe connected to a key facility, the Radioactive Liquid Waste Treatment Facility.  The Clean Water Act only regulates facilities that actually discharge pollutants.  After November 2010, the Facility became a zero-liquid-discharge system, meaning the discharge pipe would no longer be used.  Since then LANL has been using a Mechanical Evaporator System to evaporate treated water into the air, and nothing has been discharged through the Outfall.   Nevertheless, the Environmental Protection Agency (EPA) still includes Outfall 051 in the permit that it issues to LANL. 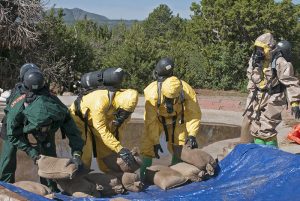 This has a serious impact.  The Radioactive Liquid Waste Treatment Facility manages a lot of hazardous waste, and the New Mexico Hazardous Waste Act would normally regulate it with prescribed public review and comment.  But, under an EPA rule, called the Wastewater Treatment Unit exemption, if LANL is regulated under a Clean Water Act permit, Outfall 051 and the Facility are exempt from the Hazardous Waste Act.

LANL has struggled to keep this exemption.  In a 1998 report about converting the Facility to a zero-liquid-discharge system, LANL acknowledged that if it stopped discharging through Outfall 051, it could lose the exemption, and the “[L]oss of this exemption would mean that the [Facility] would be required to meet additional [hazardous waste] regulatory guidelines regarding waste treatment practices.  … The [Facility] would need to manage the [pollutants] in the waste stream and so have much better knowledge of, and control over, waste discharged to it for treatment.”  It also acknowledged that citizen oversight would increase under the hazardous waste regulations.

Now, in 2017, the Facility has had a zero-liquid-discharge system for over six years.  Even so, EPA has issued a Clean Water Act permit for Outfall 051, thereby continuing its exemption from Hazardous Waste Act regulation.  EPA claims it did so because LANL said it might someday need to discharge pollutants.  But LANL has not used the Outfall for more than six years. 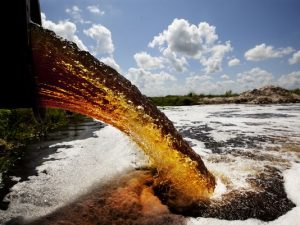 In June 2016, CCNS, through its attorneys, Jon Block with the New Mexico Environmental Law Center, and Lindsay A. Lovejoy, requested EPA to terminate Outfall 051 from the permit.  In August 2017, EPA denied CCNS’s request.  In response, in September, CCNS appealed the denial to the EPA’s Environmental Appeals Board in Washington, DC.  The entire appeal can be viewed in the following encapsulation of PDFs here: CCNS FILING WITH EAB 20170914 Or you can view individual documents by clicking on the following links:

Joni Arends, of CCNS, said, “LANL has been hiding behind the wastewater treatment unit exemption for over six years.  EPA should terminate Outfall 051 from the Clean Water Act permit so that the State of New Mexico can take on the regulation of this hazardous waste facility.”