CCNS is very concerned with increasing tensions between the U.S. and North Korea 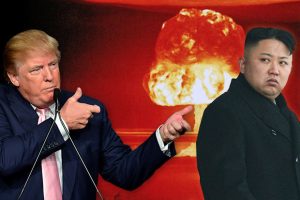 “I’d like to de-nuke the world,” said Trump, the same afternoon in which he claimed his prior threat to bring “fire and fury” upon North Korea “wasn’t tough enough.” The president said that until such a day, the U.S. “will be most powerful nuclear power by far” with the “biggest, finest” nuclear arsenal. “Nobody is going to be threatening us with anything,” said Trump.

CCNS is very concerned with increasing tensions between the U.S. and North Korea.  Please support our work and spread the following tweets: 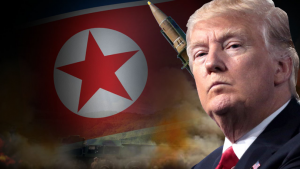 Ivanka, please rein in your father on North Korea.  Life is too precious to waste on a nuclear war.

Melania, please rein in your husband on North Korea.  Life is too precious to waste on a nuclear war.

Barron, please rein in your father on North Korea.  Life is too precious to waste on a nuclear war.

To learn more about about the U.S. relationship with North Korea and the fact that the Korean War continues to this day, please visit the Korea Policy Institute at http://kpolicy.org/.  “KPI is an independent research and educational institute whose mission is to provide timely analysis of United States policies toward Korea and developments on the Korean peninsula, and to educate U.S. policymakers, media and the public.   Support KPI’s efforts to provide the information and analysis needed to inform a U.S. policy that respects the Korean peoples’ desire for peace, sovereignty, reconciliation, and the reunification of Korea.”

For an informed conversation about what North Korea wants (it wants peace), please listen to the August 8, 2017 interview of Christine Hong, an Associate Professor of Literature at UC Santa Cruz and KPI Board member, on KPFA-FM at https://archives.kpfa.org/data/20170808-Tue0700.mp3  It begins at 33.40.