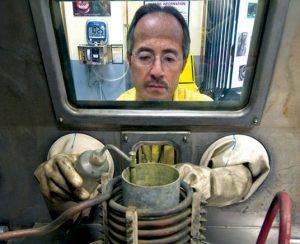 After the release of the Trump Administration’s Nuclear Posture Review, the Department of Energy (DOE) and its semi-autonomous National Nuclear Security Administration released its own document to support a nearly 50-fold increase in plutonium use at Los Alamos National Laboratory (LANL).  DOE wants to increase the amount of plutonium used in its Radiological Laboratory Utility Office Building (RLUOB) from 38.6 grams of plutonium-239 equivalent to 400 grams.  https://www.energy.gov/nepa/ea-2052-proposed-changes-analytical-chemistry-and-materials-characterization-radiological 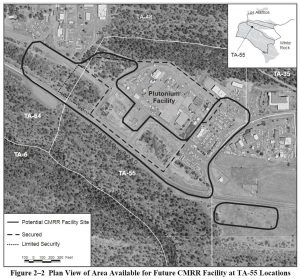 The RLUOB is the only facility built under the Chemistry and Metallurgy Research Replacement (CMRR) Project.  The 2003 CMRR environmental impact statement restricted the amount of plutonium-equivalent allowed in the RULOB to 8.4 grams.  https://nnsa.energy.gov/sites/default/files/nnsa/multiplefiles/no._7_-_eis-0350-feis-2003.pdf, pdf p. 69, p. 2-19.  Nevertheless, DOE then gave itself permission to quadruple the amount from 8.4 grams to 38.6 grams without any opportunity for public review and comment as required by the National Environmental Policy Act (NEPA).   http://nuclearactive.org/doe-considers-a-ten-fold-increase-of-plutonium-in-cmrr-rad-lab-at-lanl/ 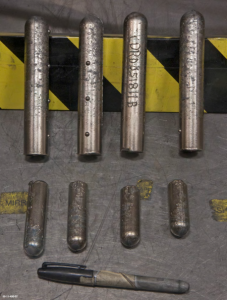 Further, the RLUOB was not designed, nor equipped, to handle 38.6 grams of plutonium equivalent, let alone 400 grams.  The RLUOB was limited to 8.4 grams because the majority of plutonium work was planned for the Nuclear Facility, which was canceled in 2012 by the Obama Administration when project costs exploded from $600 million to $6.5 billion.

Despite the on-going serious concerns about plutonium operations at LANL, DOE is moving forward with the release of a draft environmental assessment for a 30-day public review and comment period.  Comments are currently due on Monday, March 26th, the day after Holy Week begins.

Scheduling a comment period during Passover and Easter is typical for DOE.   For example, a public comment period for open burning and open detonation of hazardous waste ended the day after Easter.  It is a sign of disrespect for many cultures and traditions in Northern New Mexico. 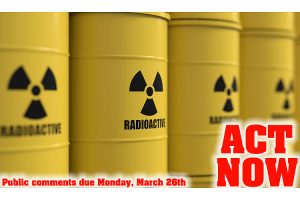 Obviously, the proposal is complicated and more time is needed for the comment period.  This week, Nuclear Watch New Mexico submitted a sign-on letter to DOE asking for a 60-day extension of time to submit comments.  They wrote, “Given the importance of the CMRR RLUOB and serious public interest, we believe that there will be a substantial number of citizens interested in providing public comment.”  They also asked DOE to hold a public meeting about the proposal.  NWNM RLUOB Sign-on Ltr 3-7-18

CCNS prepared a sample public comment letter you can use to make your own request.  CCNS sample RLUOB comment ltr 3-9-18