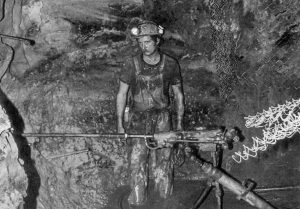 Your help is needed to ensure the Trinity Downwinders and Post’71 Uranium Workers testify at a U.S. Senate Judiciary Committee hearing about the proposed amendments to the Radiation Exposure Compensation Act (RECA) that would include them in this important health care program for those overexposed to radiation.  Unofficially, the Senate Judiciary Committee has scheduled a hearing for Wednesday, June 27th in Washington, DC.  But neither the Trinity Downwinders nor the Post’71 Uranium Workers have been invited to testify.  This is the third time within the past year where the Committee scheduled a RECA hearing without officially inviting the Trinity Downwinders and Post’71 Uranium Workers to testify.  Nevertheless, the previously scheduled hearings were canceled at the last minute. 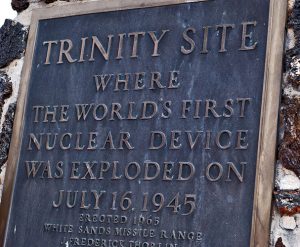 The Downwinders and Uranium Workers have asked the New Mexico Congressional delegation for their assistance to tell their stories, concerns, and discuss the needs of those harmed by the 1945 Trinity Test and working in the uranium industry after 1971.

In January, 2017, a bipartisan coalition of western U.S. Senators, including U.S. Senators Tom Udall and Martin Heinrich, introduced amendments to RECA that would allow residents in New Mexico, Arizona, Nevada, Utah, Idaho, Montana, and Colorado the opportunity to apply for medical benefits and other compensation if they can demonstrate they were harmed by radiation.  The proposed amendments are available at https://www.congress.gov/bill/115th-congress/senate-bill/197

At the time, Senator Heinrich said, “Families who lived in and near the Tularosa Basin at the time of the Trinity Test, uranium mill workers, and uranium miners continue to cope with serious health problems due to exposure to radioactive nuclear material.  Congress needs to pass the Radiation Exposure Compensation Act Amendments to provide medical assistance and compensation to those who bore the health costs of our nation’s nuclear history. I will continue to fight for the justice these communities deserve.”  https://www.crapo.senate.gov/media/newsreleases/reca-legislation-reintroduced 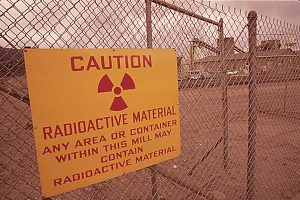 Now is the time to hold the politicians to their promises.

Tina Cordova, a co-founder of the Tularosa Basin Downwinders Consortium, said, “For anyone who is interested in helping us, it is important now to make calls or send emails to New Mexico Senators Udall and Heinrich and the Judiciary Committee Ranking Member, California Senator Dianne Feinstein, and let them know that the New Mexico Downwinders and Post’71 Uranium Workers must have seats at the table when testimony is given to the Senate Judiciary Committee.”

Cordova continued, “It is through their efforts that we are most likely to have seats at the table when the hearing takes place.  It would be a monumental slight to the Downwinders and the Post’71 Uranium Workers if we are not included in the testimony that will take place.”

For more information and contact information for the Senators Udall, Heinrich, and Feinstein, as well as members of the Senate Judiciary Committee at https://www.judiciary.senate.gov/ , please visit https://www.trinitydownwinders.com/ , http://swuraniumimpacts.org/, and http://nuclearactive.org/ .

You can contact Senators Udall, Heinrich, and Feinstein electronically, or by phone/fax

Senator Tom Udall has five offices in NM and one in Washington, DC. They are:

To submit your comments electronically, go to https://www.tomudall.senate.gov