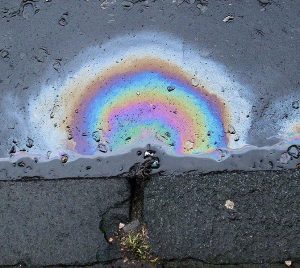 Kirtland Air Force Base recently admitted to Citizen Action New Mexico that it overstated “technical conclusions” about the forward movement of the jet fuel plume having been halted toward Albuquerque’s drinking water wells.  Citizen Action demanded to see the technical data that supported such a conclusion, but the Air Force and the New Mexico Environment Department could not provide it.  http://www.radfreenm.org/

Citizen Action New Mexico, a non-profit organization based in Albuquerque, has led the effort to address the toxic plume of ethylene dibromide (EDB) from the spill that has moved in the aquifer to less than a mile from Albuquerque’s most productive drinking water wells, located in the Ridge Crest neighborhood.

An estimated 24,000,000 gallons of aviation gas and jet fuel spilled for decades from the pipeline at Kirtland’s bulk fuel facility.  EDB was used as an anti-knock chemical in aviation gasoline.  It is very mobile and travels in groundwater.  EDB is one of the most toxic and carcinogenic chemicals on the planet in only parts per trillion. A half-teaspoon of EDB can contaminate 13,000,000 gallons of water.  A half-teaspoon of EDB was in every one of the millions of gallons of spilled aviation gas.  http://www.envirotools.msu.edu/factsheets/contaminants/EDB.shtml

As an interim cleanup measure, Kirtland has been using a pump and treat extraction technology.  From the 106,000,000 gallons that have been pumped from the aquifer by the three extraction wells, only about 9 teaspoons of EDB has been removed.  Kirtland proposes to install a fourth extraction well this winter, however, where to put the treated water is a problem without an answer.

Kirtland has scheduled a public meeting and workshop in Albuquerque for the jet fuel spill for Veterans’ Day weekend.  The public meeting is currently scheduled for Thursday, November 10th at the African American Performing Arts Center, located at 310 San Pedro Northeast from 5:30 to 8:30 pm.  The workshop is scheduled for Saturday, November 12th at the Christ United Methodist Church, located at 2600 Gibson Southeast from 9 am to 1 pm.  For more information, please go to Kirtland’s project specific website at http://www.kirtlandjetfuelremediation.com/ 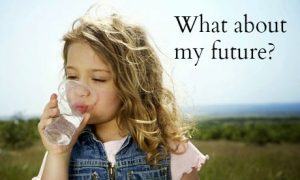 Dave McCoy, Executive Director of Citizen Action New Mexico, said, “A petition to create a public Remediation Advisory Board was filed many months ago with Kirtland.  Kirtland officials seem to oppose a public advisory board and the choice of the meeting time at the Veteran’s holiday seems designed to reduce public attendance.  So far the public has been excluded from any ongoing technical meetings and timely information about the jet fuel spill.  Kirtland has rejected calls for independent oversight of the jet fuel spill that were made by the New Mexico legislature in 2014.” https://nmlegis.gov/Legislation/Legislation?Chamber=S&LegType=M&LegNo=42&year=14