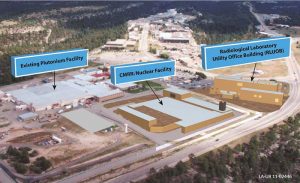 Back in 2005, a diverse group of non-governmental organizations appealed a draft air emissions permit for the construction of the proposed Chemistry and Metallurgy Research Replacement (CMRR) Project at Los Alamos National Laboratory (LANL).

The New Mexico Environment Department permit allowed the release of air emissions, including volatile organic compounds and hazardous and toxic air pollutants, during construction for both the Radiological Laboratory Utility and Office Building, or RLUOB, and the Super Walmart-sized CMRR Nuclear Facility.

On the last day of negotiations, the parties came to agreement.  The settlement included enhanced public participation requirements that LANL would host public meetings every six months and establish a website where the powerpoint presentations from the semi-annual meetings would be posted, along with other CMRR information.  For example, http://nuclearactive.org/news/030411.html   CMRR Settlement Agreement 9-14-2005 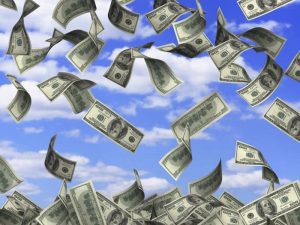 At the present time there is escalating taxpayer funding for upgrading the RLUOB to support expanded manufacture of plutonium triggers, or pits, for nuclear weapons, and a draft air permit is being prepared for public review and comment.  In response, seven NGOs are asking for the reinstatement of the public participation provisions and will work to ensure those provisions are included in the permit.

The historic 2005 agreement resulted in the Environment Department issuing a permit for only the RLUOB.  Specific language was included that LANL would have to apply for a permit revision prior to initiating construction for the Nuclear Facility.  The Nuclear Facility was deferred, then canceled during the Obama Administration, and in 2012, LANL stopped the public meetings.

But the NGOs argue that the CMRR Project continues as a replacement for the old 1960-era Chemistry and Metallurgy Research Building and therefore the public participation requirements must resume.  They cite Congressional budget documents.  For instance, the Department of Energy (DOE) has requested $169 million for fiscal year 2021, which is a $983,000 increase over the enacted fiscal year 2020 budget.  DOE plans an additional half billion dollars through 2025 for the project.

Further, four subprojects have been created as an “alternative approach” to the Nuclear Facility.  They include equipment installation in both the RLUOB

and the co-located Plutonium Facility; relocating existing equipment to make room for expanded pit production; and raising the amount of plutonium allowed in the RLUOB from 8.3 grams to over 400 grams.  The NGOs note that they “have not seen a request to the New Mexico Environment Department, nor the Environmental Protection Agency for a modified air quality permit for the proposed increase of activity.”  http://nuclearactive.org/doe-wants-50-fold-plutonium-increase-at-lanl-rad-lab/