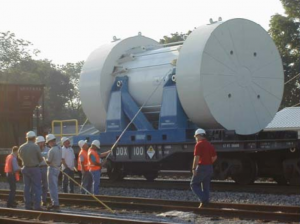 Southeastern New Mexico and West Texas are under threat for the storage of all of the nation’s existing irradiated commercial fuel from nuclear power plants and all that would be generated in the next 30 years or longer at two de facto permanent parking lot dumpsites.  On the Texas – New Mexico border, five miles east of Eunice, New Mexico, on a 14,900 acre-dumpsite, Waste Control Specialists (WCS) submitted an application to the Nuclear Regulatory Commission (NRC) for a 40-year license to store more than half of the commercial irradiated fuel in the U.S.  Just 40 miles away in New Mexico, the private nuclear company, Holtec, submitted its application last month for a de facto permanent parking lot dump for up to 120,000 metric tons of irradiated fuel.  Many New Mexicans, and people in other states, oppose the proposals.

While the NRC is reviewing the WCS application, it is beginning a National Environmental Policy Act (NEPA) process by soliciting comments about what the environmental impact statement should contain.  Generally, the statements examine impacts to surface and ground water, soil, air, transportation, geology, socioeconomics, historic and cultural resources, and threatened and endangered species, among other issues. 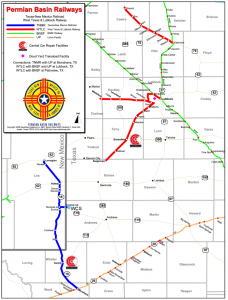 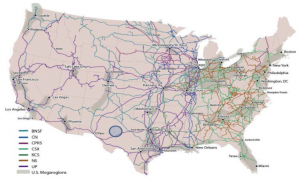 There are many concerns about the transportation of irradiated nuclear fuel across the United States on water, rail and roads, sometimes referred to as “Mobile Chernobyls” or “Floating Fukushimas.”  Since the only rail line to WCS goes through Eunice, all of the waste would go through that New Mexico community.  It is estimated that irradiated fuel would be transported for 24 years or longer if both sites operate, since they could handle all of the irradiated fuel produced for several more decades.

NRC recently extended the public comment period about what issues they should address in the statement to Friday, April 28th.  CCNS has prepared a sample public comment letter for you to use.  It details many of the important issues. WCSNRCComments041417   *Please note* – “The NRC cautions you not to include identifying or contact information that you do not want to be publicly disclosed in your comment submission.  The NRC posts all comment submissions at http://www.regulations.gov as well as entering the comment submissions in ADAMS [the NRC’s Agencywide Documents Access and Management System].”  82 Fed. Reg. 8771, January 30, 2017.  Please modify as you wish, but please be sure to submit your comments to WCS_CISF_EIS@nrc.gov before the Friday, April 28, 2017 11:59 pm Eastern time (9:59 pm Mountain time) deadline.  THANK YOU!

The WCS application also states that the site would receive no irradiated fuel unless and until federal law is changed.  Current law prohibits the Department of Energy (DOE), the federal agency responsible for irradiated fuel, from paying for transportation or storage at a private parking lot dump or for taking title to the waste.  Please contact your congressional representatives and urge them to oppose changes in the law that would allow taxpayer funding for parking lot dumps.  Here is the main switchboard number for Congress – the Senate and House – in Washington, DC – (202) 225-3121.