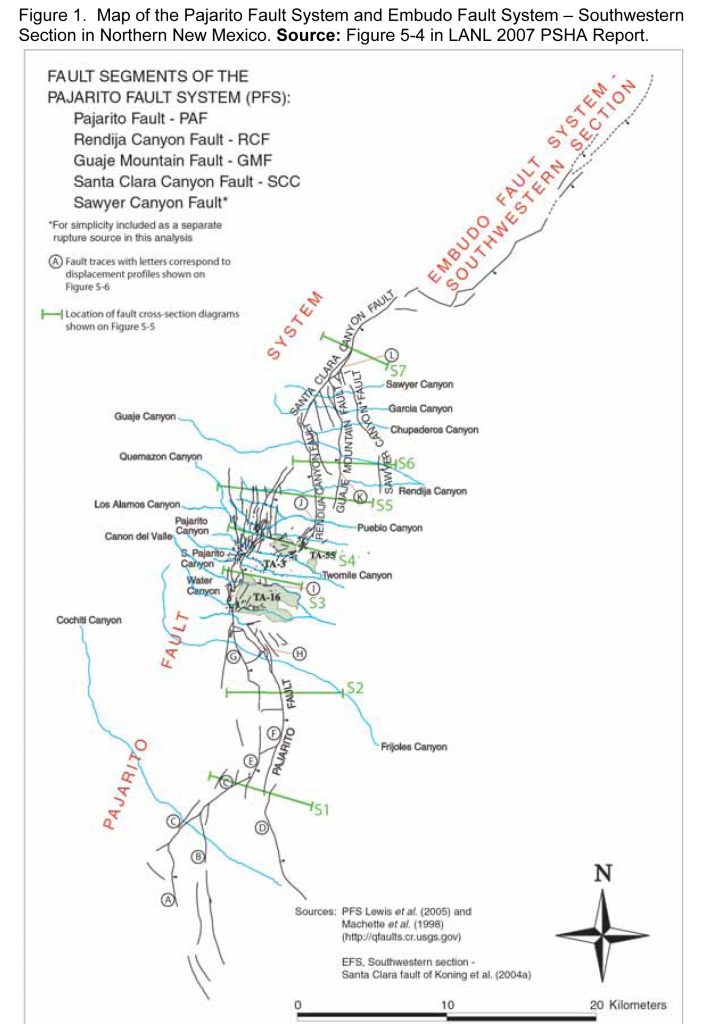 Thursday’s public hearing about the draft groundwater discharge permit (DP-1132) for LANL’s Radioactive Liquid Waste Treatment Facility (RLWTF) has ended.  Upon motion by the “Citizen groups,” Tewa Women United, New Mexico Acequia Association, Honor Our Pueblo Existence, and CCNS, the Hearing Officer agreed to keep the record open until Monday, Nov. 18 at 5 pm for public comments.  Here is a sample public comment letter you can use.  DP-1132 public comment 11-16-19 Feel free to modify to express your concerns.  Please share with your networks, friends and family.

We need public comments to let the Environment Department know that this 24-year odyssey must end with regulation of the RLWTF by federal Resource Conservation and Recovery Act (RCRA) as implemented by the NM Hazardous Waste Act.  The RLWTF handles, manages, treats, and stores hazardous and radioactive wastes.  Real regulation is required – not a figleaf/gimmick groundwater permit under the NM Water Quality Act.

Here are additional talking points you can use that focus on how the federal Resource Conservation and NM Hazardous Waste Act:

*    The RLWTF is a key facility for treating liquid radioactive and hazardous wastes from the production of plutonium pits (the triggers for nuclear weapons);

*    The NM Hazardous Waste Act is more protective of human health and the environment than the NM Water Quality Act;

*    Two RLWTF storage units, one inside and one outside, are covered by the NM Hazardous Waste Permit;

*    The RLWTF storage and treatment operations rely on tanks and ancillary equipment, such as sumps, pumps and pipes.  For new tank systems, the regulations require a Professional Engineer (P.E.) to review and certify that the tank system has sufficient structural integrity for storing and treating hazardous waste.  For example, the regulations require the P.E. assessment “must show that the foundation, structural support, seams, connections, and pressure controls are adequately designed and that the tank system has sufficient structural strength, compatibility with the waste(s) to be stored or treated, and corrosion protection to ensure that it will not collapse, rupture, or fall.”

These include a requirement that the design ensure that the tank system will not be dislodged if it is place in a seismic fault zone.  This is a factor in Los Alamos.  And the NM Water Quality Act does not have seismic requirements – unless the NMED Secretary requires additional information – which has not happened.  See below.

*    The RLWTF is located within one block of the Plutonium Facility-4 and the Chemistry & Metallurgy Research Replacement (CMRR) Project, including the Radiological Laboratory Utility and Office Building (RLUOB).  In the mid-2000s, DOE proposed to build a Super Walmart sized Nuclear Facility, which was eventually canceled by the Obama Administration due to rising costs to address the increasing seismic threats on the Pajarito Plateau.  DOE initially said the Project would cost $600 million, which escalated to $6 billion.

Attached is a series of maps that Bob Gilkeson put together to show the Pajarito Fault System (PFS).  In Fig. 2, the RLWTF is located one block east of the CMRR and TA-55 Plutonium Facility.

*    On Fig. 4, Gilkeson wrote:  “An additional important factor is that the youthful PFS is currently at a growth stage where the interaction between the primary Pajarito Fault (PF or PAF) and the subsidiary Rendija Canyon Fault (RCF) and Guaje Mountain Fault (GMF) often results in multiple ground-breaking ruptures from two of the three faults (Lewis et al., 2009). The powerful multiple surface-rupturing earthquakes are described on page 3-25 in the DOE 2011 draft SEIS [Supplemental Environment Impact Statement] as follows:”

Thank you for taking the time to read this and create your own comments.  We learned on Thursday that DOE/NNSA and their contractor, Triad National Security, LLC, are saying that the LANL will have to close if they don’t get the groundwater discharge permit – the jobs v. protection of well-being, health, water, air, and soil argument.

Take a stand!  Get your comments in!  Please email us a copy so we can keep track of them to ensure they are placed in the hearing record.