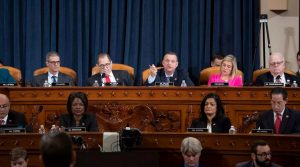 In a stunning bipartisan vote, this week the U.S. House Judiciary Committee passed the Radiation Exposure Compensation Act Amendments of 2021 on a vote of 25 to 8.  Eighteen Democrats and seven Republicans voted for the bill, while eight Republicans voted against it.  The next step for this important bill for New Mexico’s Downwinders and Post’71 Uranium Workers is a vote on the House Floor.  The House Democratic leaders will decide when that vote happens.  If the vote were successful, the next step would be to send the bill to the Senate for consideration.  To view the 15 minute session, go to https://judiciary.house.gov/calendar/eventsingle.aspx?EventID=4807 and begin watching at 3:41. 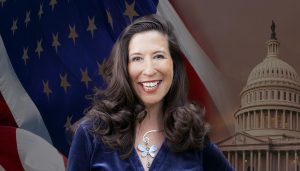 On September 22, 2021, Representative Teresa Leger Fernandez, representing Northern New Mexico, introduced the proposed amendments that extend the RECA program for 19 years and expand the number of eligible individuals, the number of cancers and the amount of compensation paid to those harmed by overexposure to radiation.  https://fernandez.house.gov/  The House of Representatives Bill is Number 5338.  https://www.congress.gov/bill/117th-congress/house-bill/5338?r=10&s=1

On the Senate side, Senator Mike Crapo, of Idaho, is the sponsor.  Senator Ben Ray Lujan, of New Mexico, is a co-sponsor.  As a congressman, Senator Lujan worked closely with Senator Crapo to introduce the RECA amendments.  The Senate Bill is Number 2798.  https://www.congress.gov/bill/117th-congress/senate-bill/2798 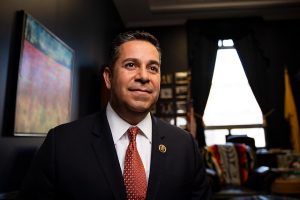 Powerful House allies include Judiciary Committee Chairman Jerrold Nadler, of New York, https://judiciary.house.gov/news/documentsingle.aspx?DocumentID=4812 and original co-sponsor Representative Burgess Owens, of Utah.  Representative Owens spoke eloquently about the responsibility of the U.S. government to provide for those harmed by radiation during the build-up of the nuclear weapons complex.  Bipartisan members of the committee recognized his leadership in educating members about the bill and encouraging support for it.  https://owens.house.gov/

Representative Ken Buck, of Colorado, also spoke in full support of the bill.  He said that while the bill is not perfect, it is a step in the right direction to compensate Downwinders.  He said that despite new information about the diseases caused by radiation exposure and the geographic distribution of the fallout from the above-ground atomic tests, RECA has not been amended since 2000.  He explained that “radiation exposure has destroyed lives across the western U.S. and Congress needs to meaningfully reform RECA to meet the current needs of Downwinders.”  Representative Buck said he would do everything he can to ensure the bill moves forward in a bipartisan manner.  https://buck.house.gov/ 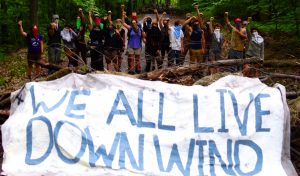 For those working to be included in the RECA program, including the Tularosa Basin Downwinders Consortium https://www.trinitydownwinders.com/ and the Post’71 Uranium Workers https://swuraniumimpacts.org/ , the passage of the bill out the Judiciary Committee is encouraging as it is the first time in 20 years that the amendments have passed a committee.

1. Your financial support is greatly

about DOE’s plans to change the levels of volatile organic compounds (VOCs) in Panel 8 at the Waste Isolation Pilot Plant (WIPP). A sample public comment letter you can use is available at  http://nuclearactive.org/public-comments-needed-for-public-hearing-on-wipp-panel-8/