What is the Los Alamos Seismic Network and Why Is It Not Working Properly? 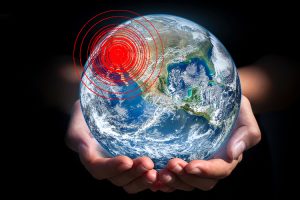 The Earth has been rocking and rolling with large earthquake and volcanic activity lately.  It makes us wonder how seismic activity along the north – south running Pajarito Fault System and the massive Valles Caldera 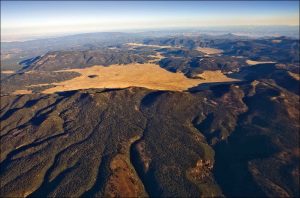 is being monitored and where the data is posted for easy public access.

In 1973 – nearly 50 years ago – the Los Alamos Seismic Network (LASN) installed its first seismic monitoring stations in north central New Mexico to research underground nuclear weapons tests.  The network’s spatial extent was expanded through the 1970s to about 25 stations, but funding cuts in the middle 1980s reduced its coverage to about seven stations.  Those stations were maintained until 1999. 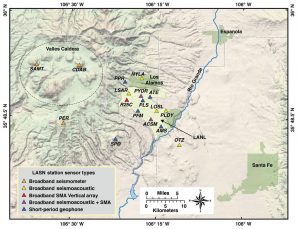 Los Alamos National Laboratory (LANL) operates the Los Alamos Seismic Network.  A 2020 LANL report entitled Seismicity Monitoring in North-Central New Mexico by the Los Alamos Seismic Network was published in the Seismological Research Letters.  https://www.osti.gov/pages/servlets/purl/1688745  That report reveals that from 1999 to the present funding levels “have still been sparse and variable” (p. 3), and that “continued data acquisition, archiving, and routine analysis remain ongoing challenges” (p. 3).  The current network has 17 stations that operate in isolated, stand-alone mode.  Surprisingly, “[a]ll acquired data must be manually copied from the personal computer and transferred to another machine for archiving” (p. 4).

It is tragic that the Seismic Network is not working properly because the U.S. government, at LANL, has been investing billions for infrastructure, equipment and personnel to support expanded production of plutonium triggers for nuclear weapons.

LANL nuclear facilities are located within the Pajarito Fault System on the Pajarito Plateau between the Jemez Mountains and the Rio Grande.  Recall how in 2012 the proposed Super Walmart-sized Nuclear Facility, as part of the Chemistry and Metallurgy Research Replacement Project, was eventually canceled because of seismic concerns, among others.  https://nuclearactive.org/doe-considers-a-ten-fold-increase-of-plutonium-in-cmrr-rad-lab-at-lanl/ 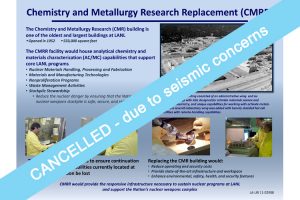 Across the street from the proposed Nuclear Facility site is the nearly 60-year old Radioactive Liquid Waste Treatment Facility.  It handles, treats and stores hazardous waste from nuclear weapons research and manufacturing across the LANL site.

For over a decade CCNS and Honor Our Pueblo Existence have argued the facility must be regulated by the New Mexico Hazardous Waste Act, which requires a seismic analysis before it can be permitted.  https://nuclearactive.org/doe-considers-a-ten-fold-increase-of-plutonium-in-cmrr-rad-lab-at-lanl/  That data is not available because the Los Alamos Seismic Network has been historically underfunded and uses antiquated equipment.

Please contact your congressional members with the urgent request that LANL upgrade and expand the Los Alamos Seismic Network now and make all the seismic data electronically available to the public.

Register in advance for this meeting by clicking here: https://us02web.zoom.us/meeting/register/tZUrceyqqTIsHdK60QSqg7dzuHzS7nYpBKFj