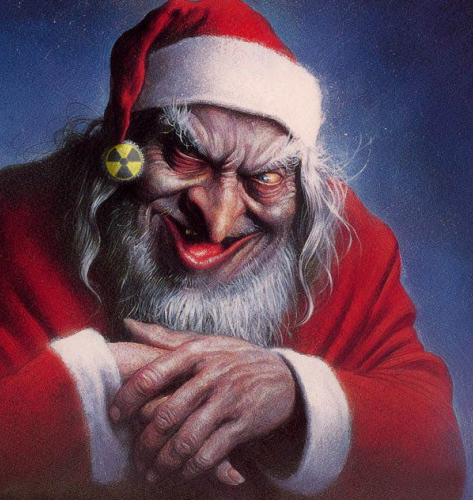 Santa Claus came early this year and granted the Department of Energy what it wanted – approval to excavate and use new Shaft No. 5 and its associated drifts in the WIPP underground. 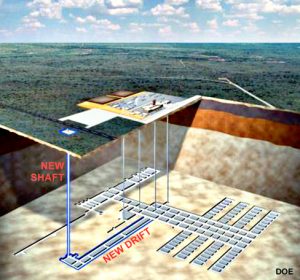 The Secretary approved the excavation and operation of new Shaft No. 5 and its drifts, or corridors, all located west of the existing underground disposal site, 2,150 feet below the surface.  Approval of the new shaft is a key step for doubling the size of the WIPP underground disposal area, implicitly allowing WIPP to stay open forever.   NMED_Sec_WIPP_Shaft5_FinalOrder102721_rev

And who received coal in their stockings?  The People of New Mexico.  DOE has not made its plans public.  Other agencies, including the National Academies of Science and Government Accountability Office (GAO), reviewed DOE’s plans in two reports released in 2020.  Disposal of Surplus Plutonium in the Waste Isolation Pilot Plant,  https://www.nationalacademies.org/our-work/disposal-of-surplus-plutonium-in-the-waste-isolation-pilot-plant and Nuclear Waste Disposal:  Better Planning Needed to Avoid Potential Disruptions at Waste Isolation Pilot Plant, https://www.gao.gov/products/gao-21-48 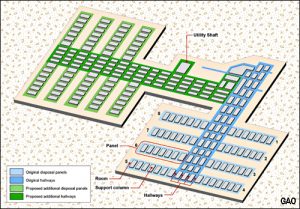 Using interviews and document reviews, GAO created a new conceptual map of the WIPP underground.  The map reveals nine new waste disposal panels, each containing eight rooms.  The new panels would be connected to the 30-foot in diameter new Shaft No. 5.

For decades, even before WIPP accepted its first shipment of plutonium-contaminated waste from nuclear weapons fabrication on March 26, 1999, DOE told the People of New Mexico that WIPP would operate for 25 years and then close.  Accordingly, the WIPP Permit provides that the site would stop receiving waste in 2024 and begin an estimated 10-year period where the four existing shafts and underground drifts would be filled in and closed.  https://www.env.nm.gov/hazardous-waste/wipp-permit-page/ 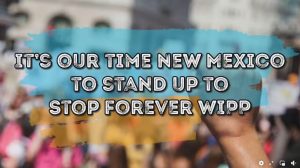 During the May 2021 Environment Department’s public hearing about permitting the proposed new shaft, Deborah Reade and CCNS addressed the lack of translated information and the lack of proper public notification about the shaft, among other issues.

The demographics of Southeastern New Mexico required that key information be translated into Spanish, but most was not.  Radio announcements in English and Spanish were made from radio stations that had no signal in the WIPP area.  These defective notices and other problems mean that New Mexicans were denied meaningful involvement in the permitting process. 2021-8-16_ HWB 21-02 WIPP CCNS-Reade_CLOSING-ARGUMENT

Summarizing this situation, Deborah Reade said, “Spanish speakers had far less access to information about this permit than English speakers had. The Secretary could have denied the permit on civil rights grounds alone, but he did not do so.” 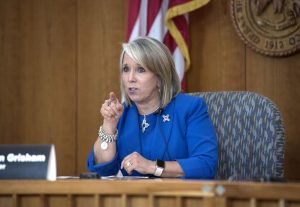 To get involved, please join the Stop Forever WIPP, una coalición dedicada a detener la expansión de WIPP, effort at https://stopforeverwipp.org/.  There are three action items:  (1) Sign the petition to NM Governor Michelle Lujan Grisham; (2) Send NM Governor Michelle Lujan Grisham a personalized email urging her to take action against the expansion of WIPP; and (3) donate to this effort.  Thank you!

Government agencies have scheduled a number of IMPORTANT meetings in the next two weeks.  As a result, the Did You Know? is longer than usual.