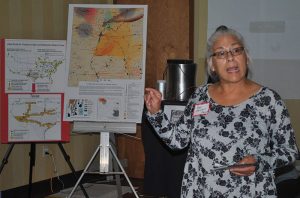 To see what “diversity” and “multiculturalism” are in action you should have attended the High-Level Radioactive Waste Summit on December 9, 2017 in Roswell, organized by the Alliance for Environmental Strategies and the Sustainable Energy and Economic Development Coalition, or SEED Coalition.

Eddy and Lea Counties in New Mexico and Andrews County in Texas are targeted for storage of the nation’s most dangerous nuclear reactor waste for forty years or more, which could lead to dangerous de facto permanent dumps.  Importing high-level radioactive waste to New Mexico and Texas would put millions of people at risk for financial and health impacts from potential accidents or incidents on rail, barges and/or highways.

Both entities have submitted license applications to the Nuclear Regulatory Commission (NRC).  The WCS application has been put on hold due to litigation and possible bankruptcy.  The Holtec application is under review.  Once the NRC accepts it, the agency will hold at least one public meeting.

The Alliance for Environmental Strategies, based in Artesia, opposes plans to store and/or dispose of all of the commercial high-level radioactive waste in either southeastern New Mexico or west Texas.  The Summit included discussions about the upcoming NRC public meetings and various ways to oppose the dumps. 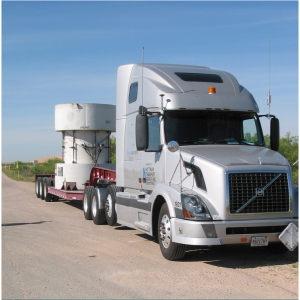 Rose Gardner, of Eunice, has been opposing nuclear and radioactive industry projects since 2003.  She began by opposing the uranium enrichment facility in Eunice.

The tax giveaways and an $1.5 billion industrial revenue bond caused regional economic problems that have not been solved.  Eunice was required to pay the unpaid gross receipt taxes back to New Mexico, which impacted jobs in public service and education.

Gardner is also concerned about the transportation of high-level radioactive waste.  She said, “My family is driving up these roads every day.  To me, it is a danger to the entire area.”

Ed and Patty Hughs, of Nara Visa, gave a presentation about how their community came together earlier this year to successfully stop the Department of Energy’s plans to drill exploratory boreholes for radioactive waste.

Activists involved in similar fights highlighted the proposed facilities that were stopped by community action.  These include Ward Valley in California, Sierra Blanca in Texas, Skull Valley in Utah, and Mescalero Apache in New Mexico.

For more information and to get involved, please visit http://nonuclearwasteaqui.org/ or contact Noel Marquez at marquezarts@yahoo.com.