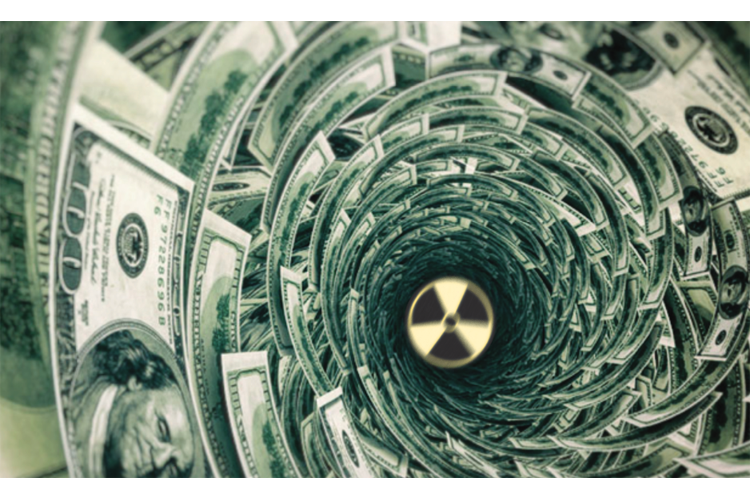 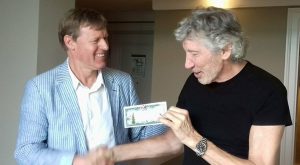 This week, Roger Waters, of Pink Floyd, released a video message supporting the Count the Nuclear Weapons Money campaign of the Basel Peace Office.  http://www.baselpeaceoffice.org/  In 1973, Pink Floyd released the hit song, “Money,” about the seductive and corrosive power of money.

In the video message, Waters holds up a mock one million dollar note and says we have a choice:  “We can either spend this million bucks on this – MAD, mutually assured destruction.  Or on this:  kids, our future, the planet, education, equality.”  http://www.nuclearweaponsmoney.org/news/roger-waters-pink-floyd-nuclear-money-from-evil-to-good/ 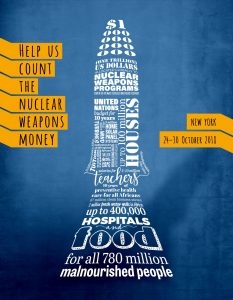 Waters also calls on individuals to “join the hundreds of organizations and millions of people around the world who are participating in the Count the Nuclear Weapons Money action this October,” and “after the counting talk with your mates and work and write to your congress[people] to urge them to take action as well.”

The campaign’s goal is to demonstrate the scale of a one trillion dollar investment and how it could be devoted to peace and humanitarian needs, rather than the threat of nuclear annihilation.  The scale will be profound in terms of time, the number of bills, the number of people counting the money by hand, and the impact of seeing people around the world counting the money.  The event will be live-streamed so that anyone in the world can follow the counting and learn what benefits this money could bring if re-directed to economics, social, and environmental needs.

Artists from many countries are designing the one million dollar currency notes.

People will be counting the money by hand at a rate of one hundred million dollars per minute in one million dollar bills.  They will be doing this in front of the United Nations and at other publicly visible places in New York City.  It will take seven days and nights.

You can help by joining a team of two to count for half an hour or more.  The teams will include people of all ages, nations, and backgrounds, including artists, activists, politicians, United Nations officials, diplomats, religious leaders, refugees, moms, dads, children, sportspeople, and others.  http://www.nuclearweaponsmoney.org/take-action/

To learn more, go to http://www.nuclearweaponsmoney.org/count-the-money/