50 Nation States Sign Treaty on the Prohibition of Nuclear Weapons 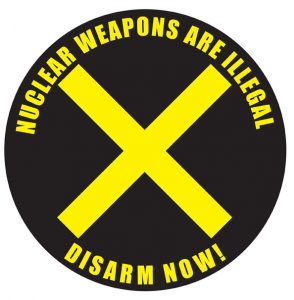 On Tuesday during his first speech at the United Nations, the U.S. President threatened the use of nuclear weapons.  In contrast, on Wednesday, September 20th, at the United Nations, heads of state and senior officials from 50 Nation States, representing billions of people from across the world, signed the Treaty on the Prohibition of Nuclear Weapons.  The legally binding, multilateral Treaty prohibits the development, testing, production, acquisition, possession, stockpiling and the use or threat of use of nuclear weapons – all leading to a world without nuclear weapons.  http://www.undocs.org/en/a/conf.229/2017/L.3/Rev.1

On July 7, 2017, 122 Nation States, or nearly two-thirds of the 193 Nation States who are UN members, adopted the Treaty.  http://nuclearactive.org/un-adopts-treaty-for-a-world-without-nuclear-weapons/ 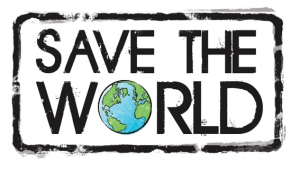 These Nation States, as well as others who are expected to sign the Treaty, will have to take a second step to ratify, accept, approve or accede to the Treaty and deposit their Nation’s papers with the Secretary-General of the United Nations.

Ninety days after 50 Nation States sign and ratify the Treaty, it will go into full force and effect.

Thousands of people worked to bring the Treaty to fruition, including activists from civil society, doctors, lawyers, scientists, diplomats, and parliamentarians.  The International Campaign to Abolish Nuclear Weapons, http://www.icanw.org/, the International Association of Lawyers Against Nuclear Weapons, https://www.ialana.info/, and Reaching Critical Will, a project of the Women’s International League for Peace and Freedom, http://reachingcriticalwill.org/, played essential roles to ensure the passage of the Treaty.  The Treaty is based on international human rights law and international humanitarian law.  It is modeled upon treaties that have banned chemical weapons, land mines, biological weapons, and cluster munitions.

Nine Nation States, possessing nearly 15,000 nuclear weapons, did not sign the Treaty.  They are, China, France, India, Israel, North Korea, Pakistan, Russia, United Kingdom, and the United States.  Campaigns are underway to urge these countries to sign the Treaty.

Please note that Tuesday, September 26th, is International Day for the Total Elimination of Nuclear Weapons (26 September), a good day to contact the U.S. President urging the U.S. to sign the Treaty.

From the United Nations website:  “Achieving global nuclear disarmament is one of the oldest goals of the United Nations. This Day provides an occasion for the world community to reaffirm its commitment to global nuclear disarmament as a high priority. It also provides an opportunity to educate the public—and its leaders—about the real benefits of eliminating such weapons, and the social and economic costs of perpetuating them.”  http://www.un.org/en/events/nuclearweaponelimination/index.shtml