Actions to Support the Treaty to Prohibit Nuclear Weapons 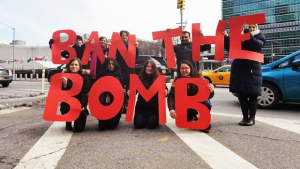 The first day for nations to sign the historic Treaty on the Prohibition of Nuclear Weapons is Wednesday, September 20th, when the General Assembly of the United Nations begins its 72nd session in New York City.  Nearly two-thirds of the 192 members of the U.N. adopted the treaty on July 7th.  The schedule is available at http://www.icanw.org/campaign-news/sign-the-nuclear-ban-treaty/  At a time when threats of nuclear war are so high, your actions to support the Treaty will make a difference.  A number of colleague organizations have created actions you can take to urge your leaders to sign the treaty, participate in the 2018 United Nations High-Level Conference on Nuclear Disarmament, and do everything in their power to abolish nuclear weapons. 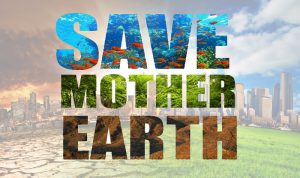 The treaty outlaws the development, testing, manufacture, acquisition, possession, transportation, or threat to use nuclear weapons, leading to their eventual elimination.  It stigmatizes these weapons of mass destruction in a manner similar to the international treaties that prohibit chemical weapons, biological weapons, anti-personnel landmines and cluster munitions.  http://www.undocs.org/en/a/conf.229/2017/L.3/Rev.1

The International Campaign to Abolish Nuclear Weapons states that the treaty “is a historic breakthrough in the efforts to eliminate nuclear weapons, and is a counter-measure to escalating tensions and increasing focus on nuclear weapons by the nuclear-armed states.  The treaty will set a powerful norm and impact behavior and policies even in states that initially do not join.”  http://www.icanw.org/campaign-news/sign-the-nuclear-ban-treaty/

The U.S. did not participate in the treaty negotiations.  Now is the time to make your voice heard. 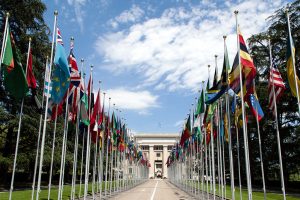 First, the Women’s International League for Peace and Freedom has a petition campaign to the U.S. President and Congress that urges signature and ratification of the treaty.  It is available at http://wilpfus.org/news/updates/wilpf-launches-petition-campaign-support-ban-treaty

Second, the Nuclear Age Peace Foundation has an open letter to the U.S. Congress urging action to prevent nuclear catastrophe.  You can sign electronically at https://www.wagingpeace.org/open-letter-congress/

Third, the United Nations will hold a High-Level Conference on Nuclear Disarmament in 2018.  Unfold Zero is urging people to send a letter, email or tweet to the President calling on the U.S. to sign the treaty, to participate in the 2018 High Level Conference on Nuclear Disarmament, and do everything in his power to abolish nuclear weapons everywhere.  A sample letter is available at http://www.unfoldzero.org/26-september-2015/#

Fourth, Tuesday, September 26th is the International Day for the Total Elimination of Nuclear Weapons.  Organize an event to show the documentary, “The Man Who Saved the World,” about when, at the height of the Cold War, Stanislav Petrov, a worker in a Soviet nuclear early warning center, prevented nuclear holocaust by going against protocol by not launching retaliatory nuclear weapons.  http://www.unfoldzero.org/26-september-2015/#  For more information, contact info@unfoldzero.org. 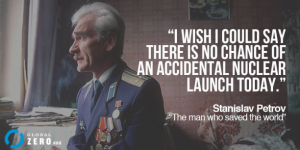 Seventh, read the 2017 Reaching Critical Will “First Committee briefing book,” prepared for the UN General Assembly First Committee on Disarmament and International Studies.  It asks the question, “What can [the UN General Assembly] do to actually prevent violence by dealing, in a real way, with the weapons that are sustaining the wars?”  http://reachingcriticalwill.org/news/latest-news/11839-new-publication-first-committee-briefing-book-2017

And finally, talk with your friends and family.  Forward the Update to them.