Chairman Tries to Abolish the Defense Nuclear Facilities Safety Board 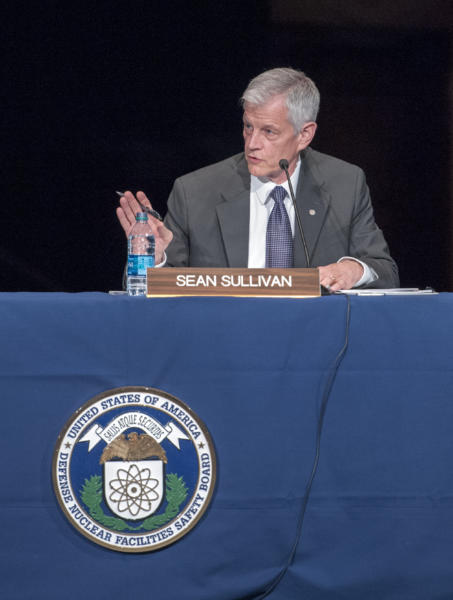 In response to the Administration’s March 13, 2017 Executive Order to reorganize the executive branch of government, Sean Sullivan, chairman of the Defense Nuclear Facilities Safety Board, made two proposals:  one, to eliminate the Board; and two, to reduce the workforce by 32 percent.  Since its creation by Congress in 1988, the Board has served as an independent government oversight body of the nuclear weapons complex, including the three Department of Energy (DOE) sites in New Mexico – Los Alamos National Laboratory (LANL), Sandia National Laboratories, and the Waste Isolation Pilot Plant (WIPP).  They provide independent analysis, advice, and recommendations to the DOE Secretary.

In a June letter to John Mulvaney, Director of the Office of Management and Budget, Sullivan, a former submarine officer, wrote that the “views expressed in this correspondence are mine alone and do not reflect the collective opinion of the [five-member] Board.”  https://assets.documentcloud.org/documents/4111974/Sullivan-OMB-Letter.pdf

In support of eliminating the Board and saving the federal government $31 million, Sullivan argued that the Board’s work duplicates the DOE’s internal oversight through its Office of Enterprise Assessments.  Sullivan recognized that complete elimination of the Board “might be susceptible to political blowback.”  For that reason, Sullivan also proposed a workforce reduction from 120 employees to 82. 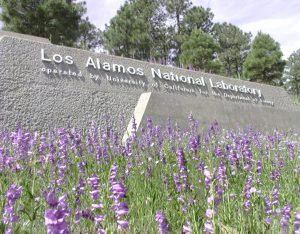 Moving technical employees from Washington, DC to the DOE sites could save  approximately $7 million, a small percentage of the proposed $4.1 trillion federal budget for 2018.  Sullivan proposed to increase the number of field personnel at LANL to six, while adding Sandia and WIPP to their workload.

As documented by the Center for Public Integrity, the Santa Fe New Mexican, and the Albuquerque Journal, the Board has documented the many safety, security, seismic, and criticality issues at LANL and its plutonium facilities.  Manufacturing of the plutonium triggers for nuclear weapons were shut down for three years and are beginning again.  As reported by the Board, in August and September, three workers were exposed to radiation at the plutonium facility.  https://www.dnfsb.gov/sites/default/files/document/12881/Los%20Alamos%20Week%20Ending%20September%201%2C%202017.pdf and https://www.dnfsb.gov/sites/default/files/document/13166/Los%20Alamos%20Week%20Ending%20September%2029%2C%202017.pdf  It is anticipated that the Administration will request to expand production from 20 to 80 triggers per year.

In response to Sullivan’s proposals, Senators Tom Udall and Martin Heinrich introduced an amendment to the 2018 National Defense Authorization Act to prevent elimination of the Board.  http://docs.house.gov/billsthisweek/20171113/HRPT-115-HR2810.pdf pp. 2210 – 2011

In a written statement to the Center for Public Integrity, Udall said, “Repeated, serious safety and security lapses at the labs, including the two in New Mexico, are among the reasons for strengthening – not eliminating the outside oversight board.  These incidents have demonstrated that there is a need for a strong watchdog that does not have a direct financial or political stake in the success of the labs.”  https://www.publicintegrity.org/2017/10/19/21217/gop-chair-nuclear-safety-agency-secretly-urges-trump-abolish-it and  https://www.publicintegrity.org/2017/11/09/21261/energy-undersecretary-wants-nuclear-safety-reports-hidden-public