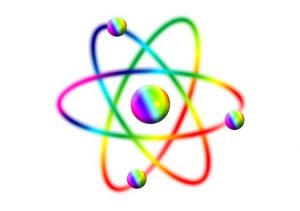 SANTA FE, N.M. — A local nuclear safety group is speaking out after four government reports released in August on the country’s nuclear stockpile show management issues, delays and cost overruns at eight labs across the country, including two in New Mexico.

The audit reports from the Government Accountability Office and the Department of Energy’s Inspector General were part of a program which will spend a trillion dollars over the next 30 years to modernize the nation’s nuclear weapons.

Joni Arends, executive director of Concerned Citizens for Nuclear Safety in Santa Fe, questioned the need for such a massive investment in nuclear technology.

According to the Department of Energy, the upgrades are necessary to make the weapons more precise at varying altitudes.

But there is a movement at the United Nations to ban nuclear weapons, Arends said, and the money would be much better spent elsewhere.

“The Department of Energy should be using this money to clean up these dumps,” she said, “to store the waste in buildings where it can be monitored rather than having it disposed in unlined dumps threatening our water supplies in New Mexico.”

Arends is spearheading a campaign encouraging voters to write to their representatives and ask them to put a halt to these projects until management problems are corrected.