Will DOE’s Surplus Plutonium End Up in New Mexico? 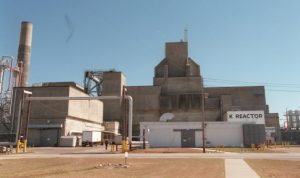 The Department of Energy (DOE) has 61.5 metric tons of what it calls “surplus” nuclear weapons-grade plutonium.  Approximately 13 metric tons is currently stored in the old K-Reactor building at the DOE’s Savannah River Site in South Carolina.  It can stay there until a technically sound and publicly accepted plan is developed and implemented.  But the public has to demand that better approach.  Many groups have stated that the next step 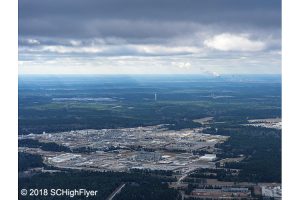 should be an environmental impact statement process to discuss the reasonable alternatives. 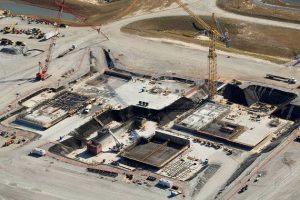 The previous plan was to mix the plutonium with uranium to create mixed-oxide, or MOX, fuel for nuclear power plants.  But DOE’s construction of a MOX facility was decades behind schedule and tens of billions of dollars over budget.  The Obama administration proposed terminating it.  South Carolina politicians resisted, so for several years Congress funded the construction.

Tom Clements, Director of Savannah River Site Watch, said, “This ruling by the appellate court is thankfully one of the very last nails in the coffin of the problem-plagued MOX project.  Now, all termination activities at the MOX project must continue apace and the taxpayer must be relieved of the burden the mismanaged project caused.”  http://www.srswatch.org/uploads/2/7/5/8/27584045/srs_watch_news_on_mox_reactor_photos_jan_4_2019.pdf 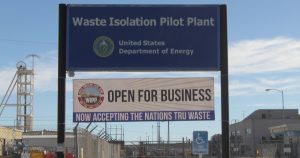 DOE must have a new plan.  If the surplus plutonium does not stay in South Carolina, it appears DOE will target New Mexico.

DOE will ship some of the surplus plutonium to the Waste Isolation Pilot Plant (WIPP) for disposal.  The recently approved permit modification to increase WIPP’s capacity would allow for more surplus plutonium.  http://nuclearactive.org/environment-department-approves-30-percent-wipp-expansion/

In response to other South Carolina litigation, DOE also plans to ship some of the surplus plutonium, approximately one metric ton, from South Carolina to the Device Assembly Facility (DAF) at the Nevada Test Site.  But the State of Nevada has sued to prevent such shipments.  http://www.srswatch.org/uploads/2/7/5/8/27584045/savannah_river_site_watch__news_on_plutonium_shipment_court_hearings_jan_7_2019.pdf

Eventually, DOE plans for that surplus plutonium to be shipped to Los Alamos National Laboratory for use in nuclear weapons.  http://www.srswatch.org/uploads/2/7/5/8/27584045/savannah_river_site_watch__news_on_plutonium_shipment_court_hearings_jan_7_2019.pdf

These are yet additional proposed assaults on New Mexico.  However, since the public is opposed to those plans, the New Mexico state government and the congressional delegation can demand new and better plans.  DOE has made a mess.  New Mexico has and is doing its part.  New Mexico should not be targeted for more surplus plutonium.

1.    Due to the government shutdown, the January 23 – 24, 2019 NRC Atomic Safety and Licensing Board hearing about the Holtec license application will be moved to a new location.  Please stay tuned to CCNS.  We’ll let you know as soon as we know.  For more information about the NRC Holtec hearing, http://nuclearactive.org/nrc-holds-holtec-hearing-in-albuquerque-on-january-23rd/ 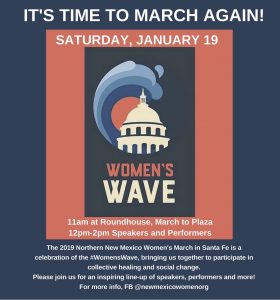 On Saturday, January 19th at 11 am at the Roundhouse, the 2019 Northern New Mexico Women’s March in Santa Fe will march to the Santa Fe Plaza where a line-up of inspiring speakers and performers will share their wisdom and experiences from 12pm – 2pm. Check out the Facebook event page here.
The Northern New Mexico Women’s March in Santa Fe is being organized by a coalition of gender justice activists, organizations and community members, which is being planned in accordance with the Guiding Vision found at NewMexicoWomen.Org here.
To our friends and allies in Albuquerque and central New Mexico, please join our sister March in Albuquerque on Sunday, January 20th! Check out their Facebook event page here.