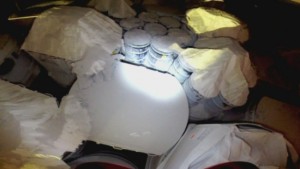 This week the New Mexico Environment Department (NMED) released its draft Consent Order for Los Alamos National Laboratory (LANL) at an afternoon meeting of the Northern New Mexico Citizens’ Advisory Board at the Sandia Resort in Albuquerque.  Please see below for links to the draft Consent Order with individual links to the appendices.  NMED NNMCAB Presentation Final 1(3-30-16) Since the early days of her administration, Governor Susana Martinez has talked about releasing a new Consent Order for cleanup of the hazardous and toxic wastes at LANL that would be flexible, more business friendly and would not burden the Department of Energy (DOE), the owner and operator of LANL.

Unfortunately, the draft Consent Order re-launches the failed “campaign approach” first proposed by Martinez in the 2012 Framework Agreement with DOE for protection of groundwater and moving plutonium-contaminated waste to the Waste Isolation Pilot Plant (WIPP).  NMED:DOE FrameworkAgreement for LANL Jan. 2011 and NMED Summary Framework Agreement 01-5-2012 At the time DOE did not provide adequate funding to get the required work done and was behind schedule.

In the non-binding Framework Agreement, DOE voluntarily committed to remove 3706 cubic meters of that waste from LANL to WIPP.  It was understood that if the work were done by June 30, 2014, there would be an opportunity to re-negotiate the existing Consent Order.

After a preliminary review of the draft Consent Order, CCNS is concerned that New Mexico has not learned the important lessons from its failed campaign approach.

The draft Consent Order already demonstrates that they are in a rush because the Environment Department did not include any milestones or targets for the cleanup of the large, unlined hazardous and radioactive dumps at Technical Areas 49 and 50, which include Areas G, H and L.  d CO APP B Milestones & Targets 3-30-16 State and federal hazardous waste laws require the Environment Department to review DOE cleanup plans and provide their recommendation to the public for review and comment.  But since 2011, the Environment Department has issued more than 150 extensions of time for DOE to submit its plans as pollutants have continued to migrate towards groundwater.  LANL_Consent_Order_Extensions_12-30-2015

Public comments are due to the Environment Department on Monday, May 16th, 2016.  Please reference “Draft LANL Consent Order” and submit your comments to: