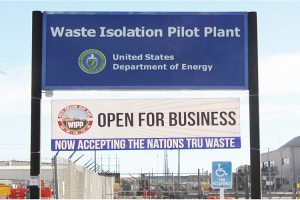 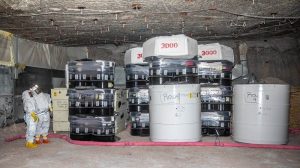 WIPP is a deep geologic disposal site for plutonium-contaminated wastes generated from the production of pits, or the triggers, for nuclear weapons.  WIPP is located 26 miles east of Carlsbad, New Mexico.  It first opened in 1999 and is supposed to close in 2024.

The Environment Department summarized the new and more protective conditions it is considering.  These include prioritizing the disposal of waste generated prior to 1999, called legacy waste, from cleanup activities in New Mexico, such as at Los Alamos National Laboratory (LANL), which DOE owns.  LANL is located on the Pajarito Plateau above the Rio Grande. 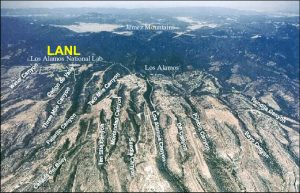 The Environment Department will require DOE to submit an annual report describing its steps to site another geologic repository in a state other than New Mexico.  Laws passed by the U.S. Congress have always considered WIPP to be the first, but not only, repository.  Yet DOE has not begun finding another disposal site for nuclear weapons waste to fulfill promises to New Mexico and distribute the waste disposal responsibilities across the country. 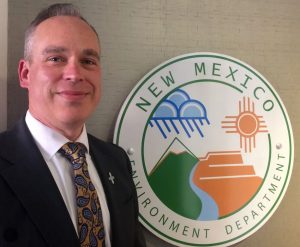 “The New Mexico Environment Department is taking a strong stance to protect the health, environment and interests of New Mexicans.  The proposed permit changes clearly prioritize DOE’s cleanup of legacy contamination in our state while holding the [DOE] accountable.”  https://www.env.nm.gov/home-news-releases/

The draft hazardous waste permit, about 1,200 pages in length, will be released next Tuesday, December 20th for public review and comment.  https://www.env.nm.gov/hazardous-waste/wipp/ , scroll down to WIPP News.

Joni Arends, of CCNS, encouraged you to get involved in this process.  Check out the CCNS website to explore public opposition to WIPP and to find fact sheets and sample public comments you can use and modify to submit your own comments.