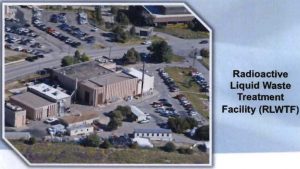 LANL stated in its application, “Current plans are to monitor the [emission] stack only for particulate radioactive material; tritium and other gas- or vapor-phase nuclides do not make up a significant fraction of the potential dose from the [transuranic liquid waste] facility.”   LANL Pre-Construction App to EPA RLWTF TLW 11-17-21

EPA is required to approve the application before construction can begin.  On April 20th, 2022, EPA approved the application, without changing LANL’s plan to omit tritium monitoring in the emission stack prior to release into the air.  EPA RLTWTF-TLW Approval 4-19-22 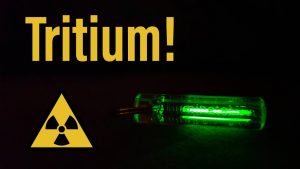 Tritium is radioactive hydrogen.  It travels easily in the air and water, readily binds itself to almost everything and creates tritiated, or radioactive, water.  Tritium is used in nuclear weapons to boost the efficiency and destructive yield.

LANL is under pressure to fabricate 30 plutonium pits, or the fissile triggers, for nuclear weapons by 2026 in the Plutonium Facility.  In the fabrication process, water is contaminated with radioactive materials, including plutonium and tritium.

On May 5th, the New Mexico Environment Department approved for the first time a groundwater discharge permit for the old facility – a process that began in 1994.  It also granted permits to the two new replacement facilities, the Outfall 051, a mechanical evaporator and two large solar evaporators.  https://www.env.nm.gov/public-notices/ , scroll down to Los Alamos County and DP-1132.

After treatment, tritium will be released into the environment from the outfall and the evaporators.

It is unclear whether EPA added the potential doses from the outfall and the evaporators to the dose from the emission stack in its analysis before approval.