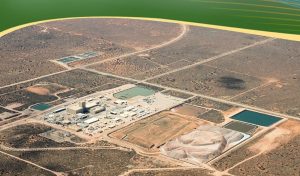 Did you know that the current hazardous waste permit for the Waste Isolation Pilot Plant (WIPP) states that waste disposal operations will end in 2024, followed by a ten-year period to close the underground waste disposal site?  https://www.env.nm.gov/hazardous-waste/wipp/ 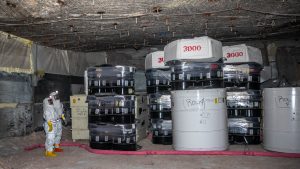 But the owner-operator of WIPP, the U.S. Department of Energy (DOE), recently reported to the New Mexico Environment Department that “final facility closure could begin no earlier than [calendar year] 2083.” https://hwbdocuments.env.nm.gov/Waste%20Isolation%20Pilot%20Plant/220626.pdf , p. 2 of 11.  That statement contradicts promises made and legal agreements signed by DOE when it proposed operating WIPP for disposal of plutonium-contaminated wastes from the production of nuclear weapons.  DOE emphasized it would operate WIPP for 25 years and then close in 2024 as the permit requires. 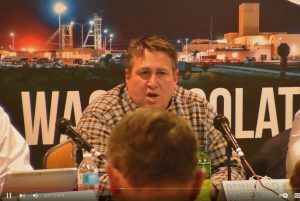 The final closure date was one of the many topics discussed at the August 5th meeting of the New Mexico Legislature’s Radioactive and Hazardous Materials Committee meeting in Clovis.  https://www.nmlegis.gov/Committee/Interim_Committee?CommitteeCode=RHMC  The meeting agenda and the handouts are posted there.

The bipartisan committee made up of state senators and representatives questioned the WIPP manager, Reinhard Knerr, about the DOE’s plans to extend the operating permit for WIPP, to bring new plutonium wastes, and to more than double the size of the underground mine to the west of the existing operations and closer to the WIPP boundary, which is surrounded by oil and gas operations.  https://www.nmlegis.gov/handouts/RHMC%20080522%20Item%201%20DOE.pdf 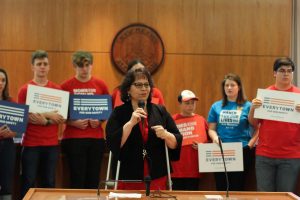 State Representative Debra Sariñana, of Bernalillo County, asked Knerr about extending the operations for 59 more years.  She said, “I just think as a [legislative] body and a state we need to get some answers on this.  There has to be a stop.  There has to be a limit to this.”

She added, “We’re not the dumping ground.  You can’t continue to do this.”  https://www.nmlegis.gov/members/Legislator?SponCode=HSARI 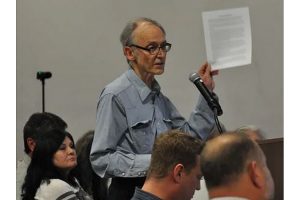 Don Hancock, of Southwest Research and Information Center, provided testimony to the committee based on his 45 years of experience as a watchdog of the DOE and its operations at WIPP.  http://www.sric.org/  He summarized the three public requests for action.

They are:  First, DOE must openly and regularly discuss plans for existing waste, future waste generation, surplus plutonium, plutonium pit waste, and the need for additional waste repositories.  Second, in the WIPP permit renewal, the Environment Department must include limits for disposal operations, improvements to safety requirements, and limit future expansion.  And finally, state officials must take actions to ensure that WIPP limits are upheld and DOE begins siting another waste repository.  https://www.nmlegis.gov/handouts/RHMC%20080522%20Item%201%20SRIC%20presentation.pdf and https://www.nmlegis.gov/handouts/RHMC%20080522%20Item%201%20SRIC%20Testimony.pdf

The Committee voted to send a letter to DOE asking for its plan for other waste repositories.

Join the weekly peaceful protest for nuclear disarmament on the corners of Alameda and Guadalupe in downtown Santa Fe. Celebrate the successful historic First Meeting of State Parties to the Treaty on the Prohibition of Nuclear Weapons and the Non-Proliferation Treaty Review Conference negotiations at the United Nations (Aug. 1 to 26, 2022).  Attend to discuss next steps toward nuclear disarmament!

a. A Uranium Ghost Town in the Making, by by Mark Olalde and Maya Miller, video by Mauricio Rodríguez Pons and Ed Ou, photography by Ed Ou.

Time and again, mining company Homestake and government agencies promised to clean up waste from decades of uranium processing. It didn’t happen. Now they’re trying a new tactic: buying out homeowners to avoid finishing the job.

b. Faith Not Bombs

For those who may be interested, attached is Santa Fe Archbishop John Wester’s homily commemorating the 77th anniversary of the Nagasaki atomic bombing.

It can also be viewed as he delivered it in his Mass on youtube at youtu.be/M4SnixeGwyE (beginning at 15:00).

The interfaith panel discussion that followed can be viewed at youtu.be/U88tJwq7yNsm

All the speakers were excellent. I particularly recommend Regis Pegos, ex-Governor of Cochiti Pueblo and ex-Chairman of the All Pueblo Council of Governors. Among others things, he urge that all adversely affected by nuclear weapons research and production in New Mexico (Trinity Test downwinders, uranium workers, sick Lab workers, anti-nuclear weapons activists) collectively “tell their stories” in order to build a movement toward nuclear disarmament.