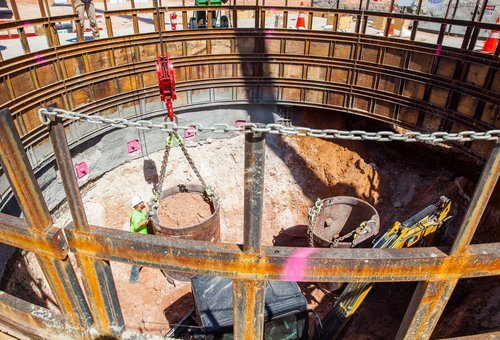 On September 17th, the New Mexico Supreme Court issued a ruling on the legal challenge to temporarily authorize construction of a new shaft at the Waste Isolation Pilot Plant (WIPP).  The Supreme Court reversed a Court of Appeals decision that had thrown out the challenge.  Now, the Court of Appeals must proceed with considering the case.  But construction on the new shaft continues under the temporary authorization.  https://www.env.nm.gov/hazardous-waste/wipp/ scroll down to June 12, 2020 entries. 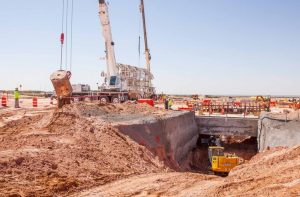 The legal action was filed by Southwest Research and Information Center (SRIC) to overturn the authorization and stop the shaft construction.  http://www.sric.org/nuclear/wipp_litigation.php  On June 11th, the Court of Appeals dismissed the case.  The Appeals Court agreed with the New Mexico Environment Department and the Department of Energy (DOE) that the Court had no jurisdiction because the Environment Department had made no final decision to change the WIPP permit to allow the new shaft.  Now the Court of Appeals can take further action, which could include a ruling on a request to stop the construction, or the court could require additional briefs.

The fundamental question in the litigation is whether the Environment Department has illegally decided to issue a temporary authorization for the new shaft, since it has not held a required public hearing on a permit modification request for the new shaft. 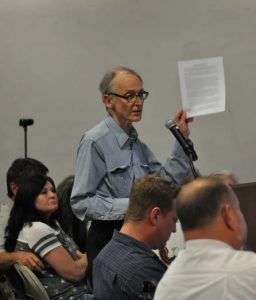 SRIC, with support from hundreds of commenters on the draft permit, says that allowing the construction to begin has tainted the required public review, comment, and hearing process about whether the shaft should be permitted.  The Environment Department says that it  has not made a final decision to approve the new shaft and that the construction could be halted and reversed months after the construction began.  The new shaft is to be 30-feet in diameter and 2,200 feet deep.  Construction is expected to take 37 months.

On September 9th, before the Supreme Court’s order, DOE requested an additional 180-day temporary authorization to continue the new shaft construction. SRIC and others who have requested a hearing on the draft permit,  including CCNS, have strongly objected to the additional authorization and asked the Environment Department to stop the construction.

According to SRIC’s Don Hancock, “The new shaft would allow additional new underground rooms to physically expand WIPP for more waste than is legally allowed and for new types of waste.  The new shaft is one essential part of the DOE ‘Forever WIPP’ plan that many New Mexicans

At nuclearactive.org, you can find a sample comment letter to tell the Environment Department that you object to a new authorization before the required public hearing process is completed.  WIPP New Shaft Comment Ltr 9-24-20

Did You Know Saturday, September 26th is the International Day for the Total Elimination of Nuclear Weapons?

A number of international organizations have joined together to establish #WeThePeoples2020, a platform for promotion of key UN and civil society events surrounding the 75th anniversary of the United Nations, especially those between the International Day for Peace on September 21 (which is also the date of the UN 75th Anniversary High Level Event) and the International Day of Nonviolence on October 2.

As part of its 11 Days of Global Unity, a number of international events and calls to action are taking place.  A calendar of events at https://www.unfoldzero.org/events/2020-09-21/   Here are a few:

Each Part will have three sessions.

Session 1: 10-12 presentations on nuclear disarmament issues
Session 2: Practical workshops on key approaches to nuclear disarmament, including using the arts, how to move the nuclear weapons budgets/investments to better things, and engaging key communities including youth, faith-based communities and policy makers.
Session 3: A panel discussion followed by Q&A on how to move the nuclear-armed states to relinquish nuclear deterrence and achieve a nuclear-weapon-free world.

For more information, go to:  https://mailchi.mp/unfoldzero/action-call-for-the-un-day-to-eliminate-nuclear-weapons?e=a35e310f72

Fri. Oct. 2nd – UN General Assembly will hold a High Level Meeting on the Total Elimination of Nuclear Weapons.  A sample letter you can send to your government encouraging them to participate in the October 2 meeting is available at https://www.unfoldzero.org/26-september-2020/#social   Names, emails, and twitter handles are also available.